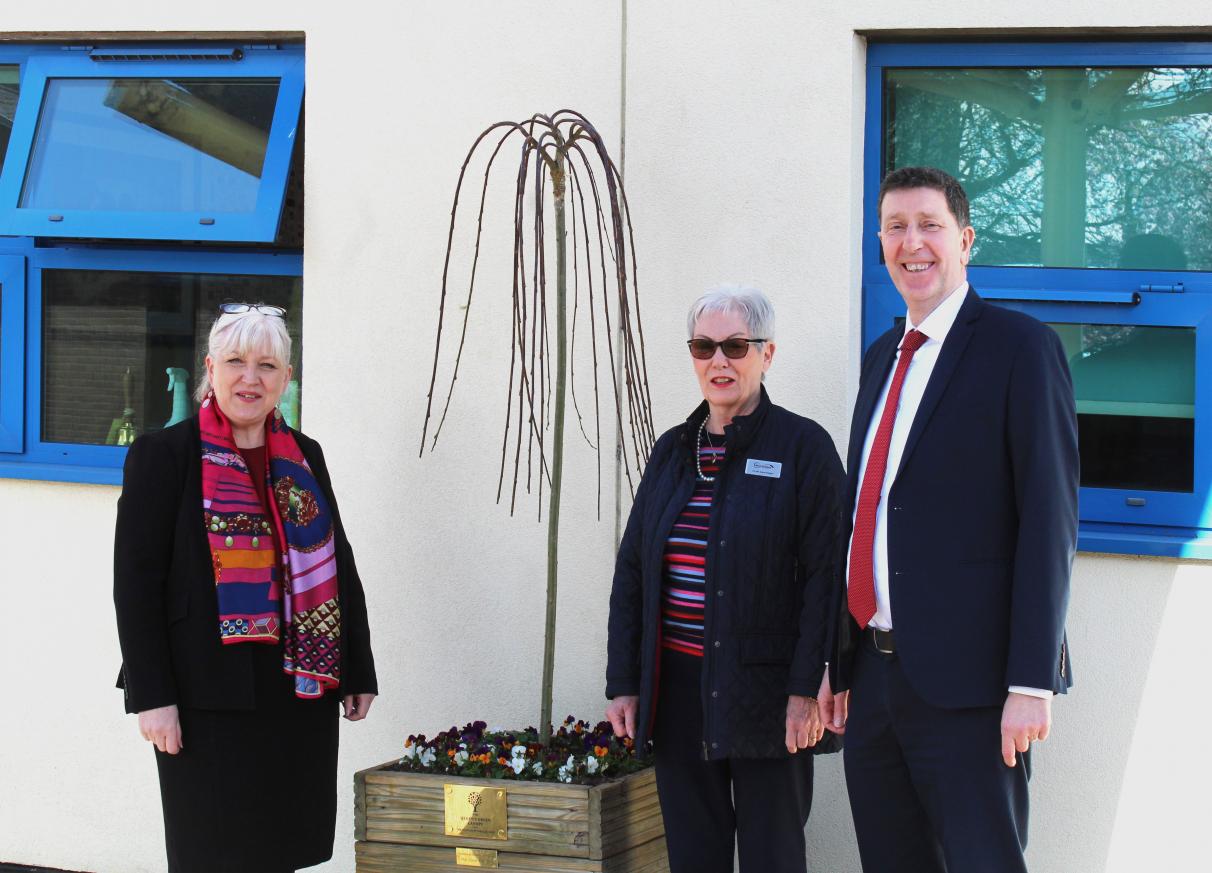 A school which opened its doors, the year HRH the Queen ascended to the throne has been presented with a special jubilee celebration tree.

Councillor Mrs Diana Rodgers, who represents the Dunholme and Welton ward has gifted a tree to William Farr Church of England Comprehensive School in Welton to mark the Queen’s Platinum Jubilee.

Councillors from across the district have been gifting trees to their local communities as part of The Queens; Green Canopy, which is a unique tree planting initiative created to mark Her Majesty’s Platinum Jubilee in 2022.

Councillor Mrs Diana Rodgers said it was only fitting that she presented a tree to the local school which is at the heart of the community. She said:

“It was a pleasure to present a tree to William Farr School, which first opened during the year of the Queen's accession to the throne in 1952. The school was even visited by Her Majesty The Queen and His Royal Highness The Duke of Edinburgh in October 1996, when the Banks Building was opened.

“The school is a focal point for families in Welton, Dunholme and the surrounding area, and it is noted for its outstanding academic achievements, its care for the community, and its care for the environment. There could be no more fitting place to mark a Platinum Jubilee than in this way.”

The willow tree was accepted on behalf of the school by the Headteacher Mr Jonathan Knowler and the School Business Manager Mrs Saskia Alcock, pictured with Councillor Mrs Diana Rodgers.

The school is situated on land that was used by the Royal Air Force during the Second World War, and in 1946 the site was purchased for the provision of education by the Vicar of Welton: The Reverend William Farr. His Royal Highness Prince Edward also visited the school in 2004, when additional facilities for mathematics were opened by His Royal Highness Prince Edward.

So far more than 17 trees have been presented by councillors in the wards they represent throughout the district. Memorial plaques have also been presented close to each one to mark this historic occasion.

Behind the Business: Meet Rebecca from Sinful Skin Aesthetics
Changes to voting at polling stations in West Lindsey from May 2023
Solar panels helping to reduce carbon footprint
END_OF_DOCUMENT_TOKEN_TO_BE_REPLACED