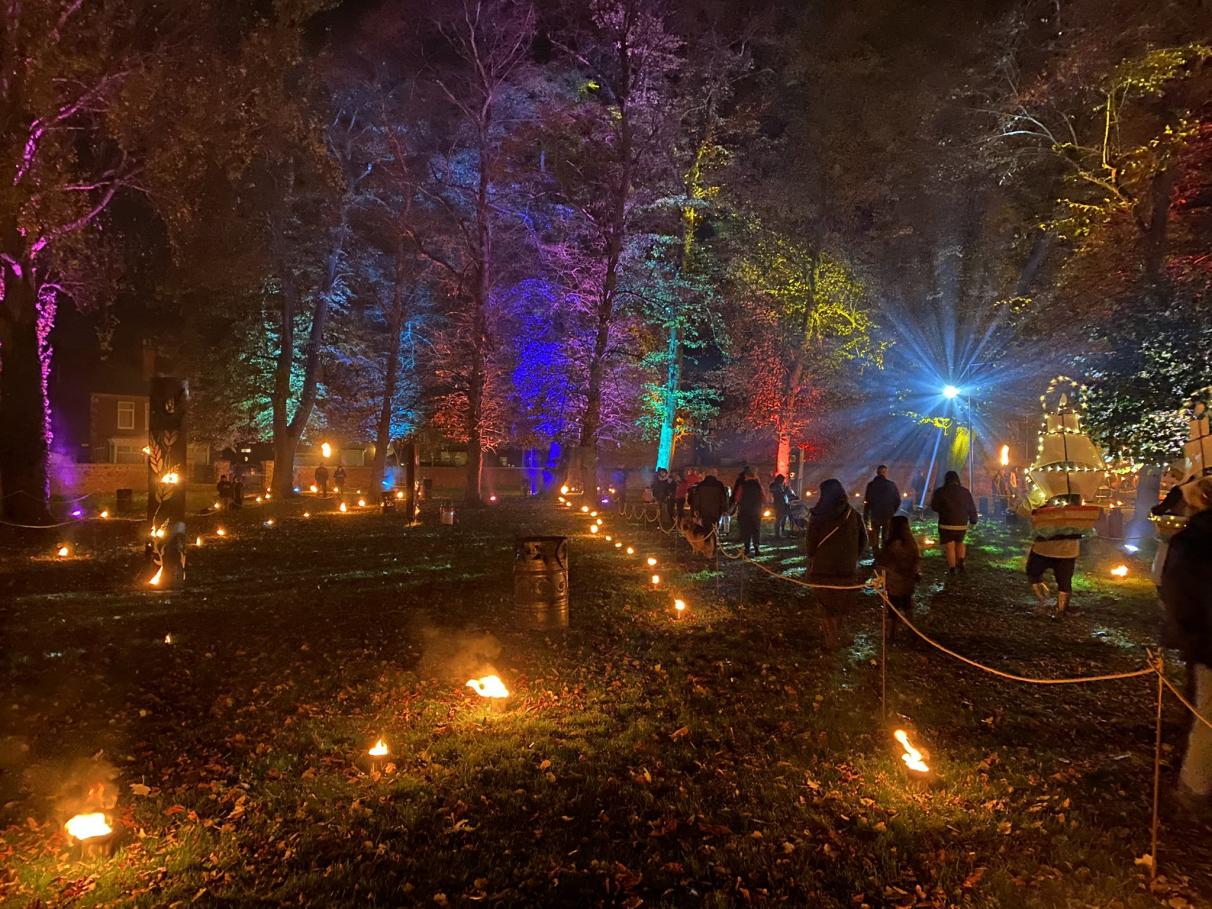 Over 2000 visitors attended the final commemorations of the 400th anniversary of the Mayflower story on Saturday evening – with Councillors and Officers hailing the success of the event.

In attendance throughout the evening included the Chairman of West Lindsey District Council, Cllr Steve England, as well as the Leader and Deputy Leader of the Council, Cllr Owen Bierley and Cllr Anne Welburn.

Speaking at the event, Chairman and Cllr Steve England, said: “We are extremely pleased to be able to hold our final event in a form not too dissimilar from what we originally planned back in 2019, given the challenging circumstances over the past year.

“The commemorations for the Mayflower 400th anniversary have been taking shape since 2019, and it is fantastic that we have been able to deliver a programme of events which has adapted to the circumstances and changes we have all had to make in our lives. I’d like to thank everybody who has contributed to make this event in particular so special.

“I’d also like to mention how grateful we are to Arts Council England for their support, as well as the support we have received from Lincolnshire County Council and Gainsborough Town Council.”

Leader of the Council, Cllr Owen Bierley, was excited to see so many people in attendance for this event.

He said: “It is absolutely brilliant. The weather is superb for the time of year, and it is great to see so many people out and about in Gainsborough. The production and the organisation is top-notch.

“It’s just fantastic to be able to get out and about and to come together in groups of people again.”

Deputy Leader of West Lindsey District Council, Cllr Anne Welburn, added: “The event was stunning – I loved the fire garden – it was such a spectacle. The lanterns are so pretty.”

Reflecting on the event, she said: “It was lovely to see so many people at our event and to hear so many positive comments from people as they soaked up the atmosphere, the illuminations, the film, the performers and the fire garden.

“I was really pleased to see children bring along the candles they made at school and to see those families who made their own lanterns at home, remembering the skills they learnt at a workshop a couple of years ago.

“I would like to say a huge thank you to everyone who helped make this event a huge success including all our performers, the Church for allowing us to use the grounds for the spectacular fire garden, the Old Hall, our Councillors for supporting the event, Electric Egg for the film and to everyone who came along and supported us – this would not have been possible without your support.”

This year’s Illuminate was the culmination of work developed over the last five years, following the creation of new partnerships and funding awards. West Lindsey District Council’s cultural programme of events and activities has been made possible thanks to a £100,000 grant from Arts Council England and support from a wide range of partners including Gainsborough Town Council and Lincolnshire County Council.

The event, a culmination of years of planning and workshops with schools and the community, was a great way to commemorate a huge part of the town’s history and heritage and West Lindsey District Council would like to thank everyone who supported this project.