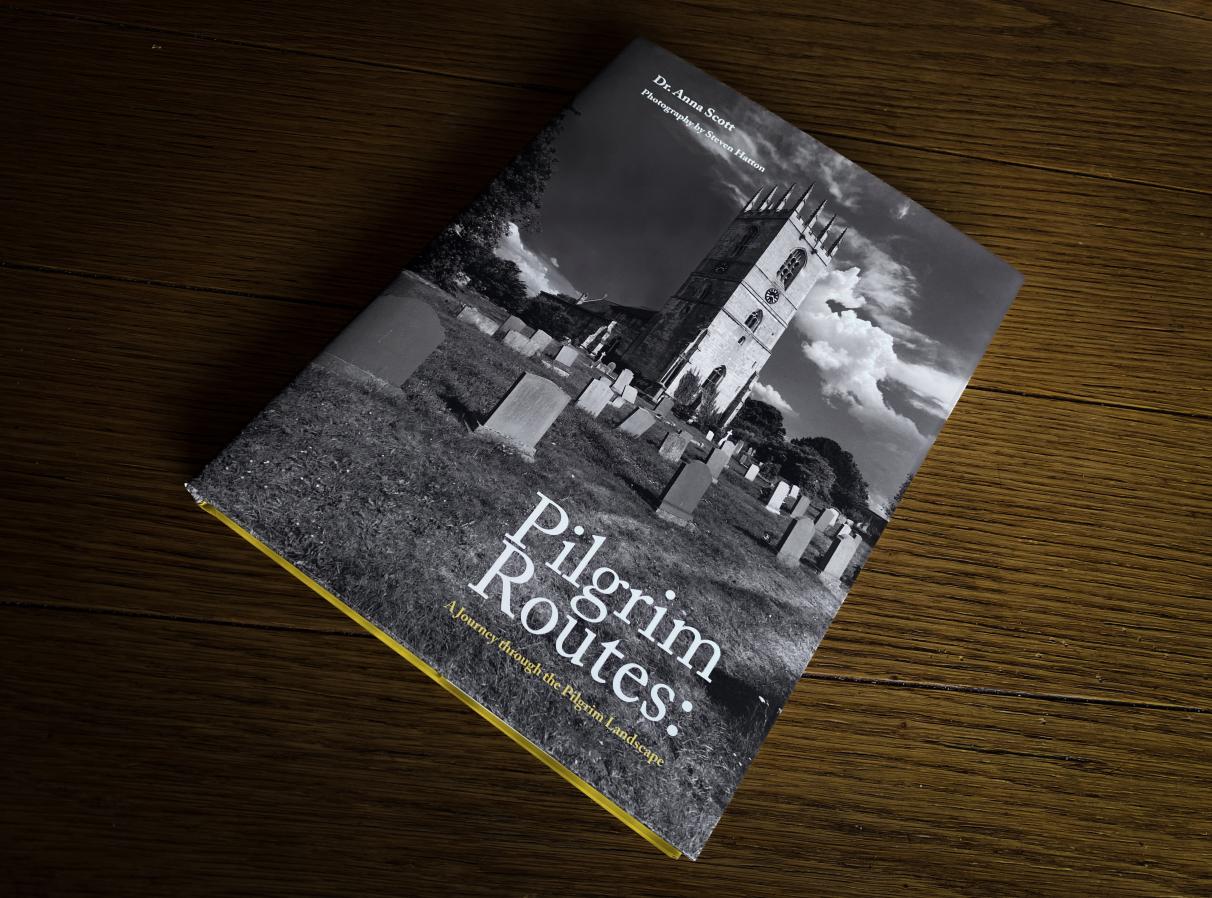 The traces left by the people known as the Pilgrims in Nottinghamshire, Lincolnshire and South Yorkshire are fleeting but often intriguing.

Many people have heard of the Mayflower and her voyage four hundred years ago, but fewer know about the places they came from and travelled through on their many journeys before they ever set foot upon that ship.

A new book produced as part of West Lindsey District Council’s Mayflower 400 programme for the 2020 anniversary, with funding from Arts Council England, is now available to buy.

It explores many of the places connected to the Pilgrims’ story in the Midlands, alongside a short history of their lives from England through to Holland and then on to America in 1620.

Written by historian Dr Anna Scott and featuring photography by Steven Hatton from Electric Egg, the story is woven through connections between people and places in the region with wider events taking place in England, Europe and America at that time.

Dr Scott said: “The Pilgrim story has been told before and from many angles. This book takes a fresh perspective, acting as a guide that allows both those familiar and new to the story to retrace the Pilgrims’ journey in Nottinghamshire and Lincolnshire and bring these historic locations and buildings to life with fresh insight and new photography.”

Visitors interested in following the routes the Pilgrims took can use the guide to explore the region, on a trail which takes you from the rural villages of North Nottinghamshire through to Boston on the south Lincolnshire coast, and then north again to Gainsborough and Immingham.

Dr Scott explained that many of the sites, feature commemorations to the story’s leading figures, some of which were erected over a century ago. Before they became known as Pilgrims, these were religious separatists who chose to break away from the established church. Today, you can visit the churches they attended, where they worshipped and baptised their children, before they rejected these places and fled their homes, often inspired by men they had heard preach at those churches.

Fear of persecution and an ongoing search for religious tolerance drew them to Amsterdam and the promise of a better life. After living in Holland for some years and realising life there was also less than ideal, some of them moved on again, hoping to find better lives in America. They started one of the earliest English colonies and their story became mythologised. They became symbols of a new American national identity which overlooked the role of the Native Americans in their survival and the impact the Pilgrims and other colonists would have on indigenous peoples.

Dr Scott added: “While the physical footprints left behind by the Pilgrims are fleeting, the power of their story can be felt in what is, at times, a dramatic saga of hope, faith, and determination, connected to places you may already know well. It is also a story which has become heavily mythologised, simplified, and sometimes just completely forgotten, and this guide attempts to go some way towards addressing that.”

Steve Hatton Director at Electric Egg whose photography work features in the book said he has learnt so much from the project.

He said: “Whether you’re familiar with the Pilgrim narrative or not, Pilgrim Routes aims to bring to life the locations at the heart of their story. These wonderful buildings became all the richer as I learnt about those who inhabited them 400 years ago and made connections between each location on their journey making it a pleasure to photograph each location in the book.”

To find out more about the book and how to obtain a copy visit Discover Gainsborough: Pilgrim Routes.

If you’re interested in finding out more about sites connected to the story throughout England, you can also download the Mayflower 400 app for Android or iPhone to follow the national digital trail.