Council scoops award for excellence for its Pilgrim Roots project in Gainsborough! 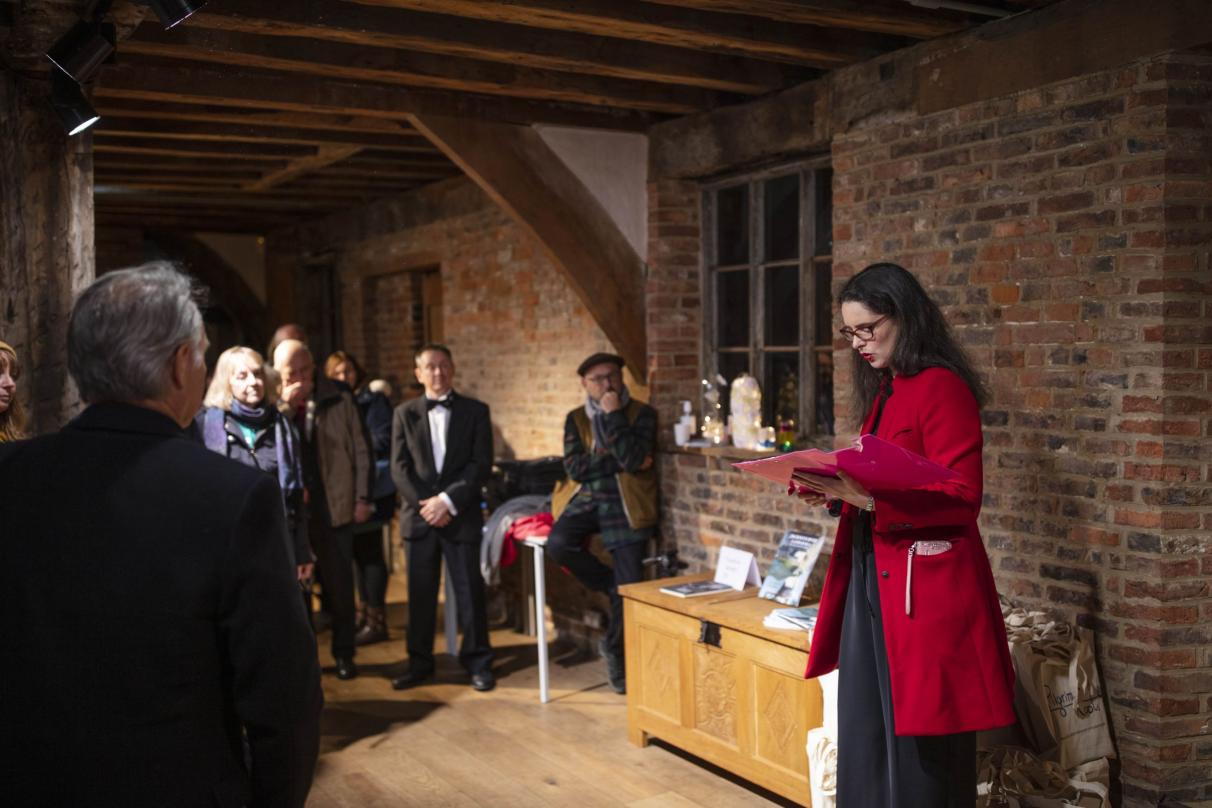 An Award for Excellence has been presented to West Lindsey District Council for its project 'Pilgrim Roots’ – Gainsborough’s cultural programme for Mayflower 400.

The work led by historian Dr Anna Scott received the accolade from the Society For Lincolnshire History and Archaeology (SLHA), which promotes Lincolnshire’s heritage.

The Award for Excellence was announced at the final commemorations of the 400th anniversary of the Mayflower story, which was held earlier this month in Gainsborough, after the SLHA gave the award during their annual meeting last month. However, whilst the vibrant spectacle of fire and light attracted more than 2,000 people to the event, a lot of work had taken place over the last five years, in the run up to the finale.

“It is an honour and a privilege that the Pilgrim Roots project has received this Award For Excellence from the SLHA The recent event was a culmination of years of planning and workshops with schools and the community. However it was a great way to commemorate a huge part of the town’s history and heritage.

“West Lindsey District Council’s cultural programme of events and activities has been made possible thanks to a £100,000 grant from Arts Council England and support from a wide range of partners including Gainsborough Town Council and Lincolnshire County Council. I have personally enjoyed working on this project and it has been great to hear others fascinated about our history and eager to learn.”

Projects eligible for the award must focus on the history and archaeology of the County and judges look at suitable projects including published books, exhibitions, lectures, educational resources and much more – all of which were created for the Pilgrim Roots project.

Dr Scott has written two books on the subject, a children’s book illustrated by Neil Baker from Electric Egg and a new history guide featuring photography by Steven Hatton from Electric Egg. Both are available to buy on the Discover Gainsborough website and at Gainsborough Heritage Centre. You can also read about the story with the PilgrimAGE blog on the Discover Gainsborough website and at the Pilgrim Exhibition hosted by Gainsborough Heritage Centre.The project engaged schoolchildren and the community in creative projects and activities, raising awareness of the historical connections to West Lindsey. A wealth of information has also been provided online about the Pilgrims’ Roots – which has sparked interest from people from across the Country and internationally.

“Gainsborough has a special connection with the Mayflower story, as separatist movements who journeyed to America originated in this region. For the SLHA to award the Council with an Award for Excellence is a huge achievement. This would not have been possible without the passion and dedication of the programme lead, Dr Anna Scott, who has produced a quality piece of work that will be remembered for many years to come.

“The Pilgrim Roots programme of work has demonstrated how history can be brought to life by engaging communities, schools and partners. I would like to express my thanks on behalf of the Council to everyone who has made this programme of work a huge success.”

To find out more about the books written by Dr Anna Scott and how to obtain a copy visit the Discover Gainsborough: Pilgrim Routes.

If you’re interested in finding out more about sites connected to the story throughout England, you can also download the Mayflower 400 app for Android or iPhone to follow the national digital trail.

A group of Separatists were thought to have worshipped in secret at Gainsborough Old Hall with the permission of its owner, merchant William Hickman. The Hall, considered to be one of the best-preserved medieval manor houses in Britain, is now a much-loved visitor attraction within the town. Opening times vary throughout the year, please check the English Heritage website before visiting.

Separatist leader John Smyth was a strong influence on the Mayflower Pilgrims, and was a founder of the Baptist denomination. Another leader was commemorated in the town with the building of the John Robinson Memorial Church, which now has a Mayflower Room for visitors; check the United Reformed Church Gainsborough website for opening details.

Gainsborough Heritage Centre hosts the Pilgrim Exhibition, telling the story of the Pilgrims’ lives and their links to Gainsborough – including their escape from the riverside to go to the Netherlands in 1608. The Centre is currently open on Saturdays.