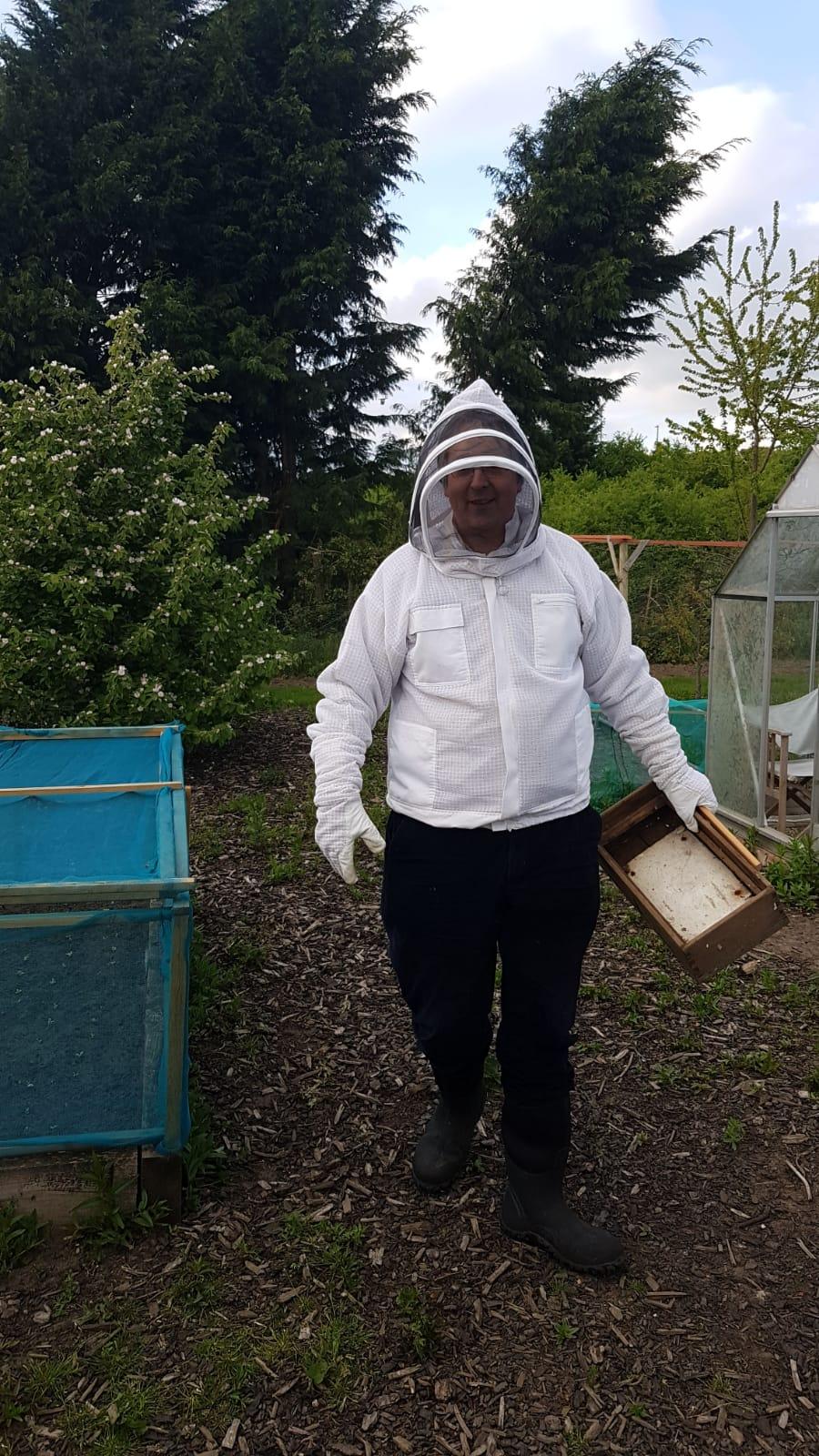 Matthew Palmer has been a member of the British Beekeepers association for eight years.

Swarming season has started in West Lindsey, with potentially 100s and 1000s of Honey Bees on the move to find a new home.

A Swarm of Bees can often appear as a cluster the size of a Rugby ball, or even the size of a large Lampshade when stationary, according to a representative of the British Beekeepers Association, the national group responsible for supporting Bees and Beekeepers.

Matthew Palmer, a member of the association for eight-years, is calling on residents to contact the BBKA if they spot a swarm in their area, so they can be found a new home – or Hive - safely.

He said: “We are asking all residents if they see a swarm, to contact the BBKA swarm service. Some people will put insect killer out, or some people think they have a friend round the corner who can sort it, and this can be quite catastrophic.

“This is a campaign that is important to Beekeepers.”

Bees, as well as other insects, are an important component of the eco system of life, according to Matthew, who believes that the strength of the Bee family can only be of benefit to the world around us as a whole.

He said: “There is an old saying that if Bees die, the World’s Population of Humans will die within two-years.

“Bees are an index of the health of the environment. For an agricultural area like here in West Lindsey, you get higher yield on your crops, because they are doing a lot of pollination, and that’s all very natural.

“There are also other animals that live of Bees, not that I welcome them, but they (Bees) are part of the food chain. You get a good index of the health of the environment when you start doing audits of the wildlife.”

Residents who do come across a swarm of Bees are being asked to contact the BBKA and help preserve the Bees naturally. The process of collecting the Bees is something that Matthew and other members of the BBKA have been trained to do, in order to safely transfer the Bees to a new Hive without harming the bees.

“When I get a call from a concerned resident, the first thing I do is make sure that the bees are actually honey bees. I had a call-out in Blyton last week for a delightful lady who had what is called Ground Bees, they behave in a completely different way and don’t swarm, so I was able to put their mind at rest.

“I then get on all of my protective gear, from that, we then bring in specialised equipment that we have. I picked up a swarm last year from behind Gainsborough Police Station, and it was right in the bushes. This was after someone had set light to the bush to try to get rid of the Bees – not a good move - you have to do it in a way that doesn’t upset the Bees.

“Bees have attitudes. I have different Hives and they respond to me differently. It’s interesting –some are more aggressive towards me, some are more relaxed with me being nearby, and swarms that have been hanging in trees that someone has tried to put a blow torch to don’t tend to be the happiest, so you have to have a lot of protection.

“Some people scoop up the Bees and put them in the box (Hive), and some people brush them into the box, but literally you can get the Bees into the box in a matter of two-minutes. The problem is whether or not the Queen is in the box, as the Bees will follow the Queen.

“Once in the box, I am able to transport them safely to their new home and there they basically spend the next year building up their Hive. The Queen will probably be very happy and the workers will begin building their honey supplies.”

There are a number of members of the BBKA within the West Lindsey area, with Matthew and others willing to offer a hand to preserve the Bees, to the benefit of all in the area and to the local environment.

Matthew said: “Residents prefer having the bees professionally removed than the alternative which is to use some rather nasty chemical and kill the entire hive.”

Explained – What is the difference between a Swarm and a Hive?

Matthew answered: “A swarm is a cluster of Bees usually led by the Queen that have left the Hive, and they are moving to find a new home. It happens at this time of year because the Queen has laid an egg in her old hive that will become the new queen of the hive and she is leaving to make room for the new queen while setting up a new home.”

Behind the Business: Meet Rebecca from Sinful Skin Aesthetics
Changes to voting at polling stations in West Lindsey from May 2023
Solar panels helping to reduce carbon footprint
END_OF_DOCUMENT_TOKEN_TO_BE_REPLACED