Cllr England appointed as Chair of the Council and makes history with third successive year! 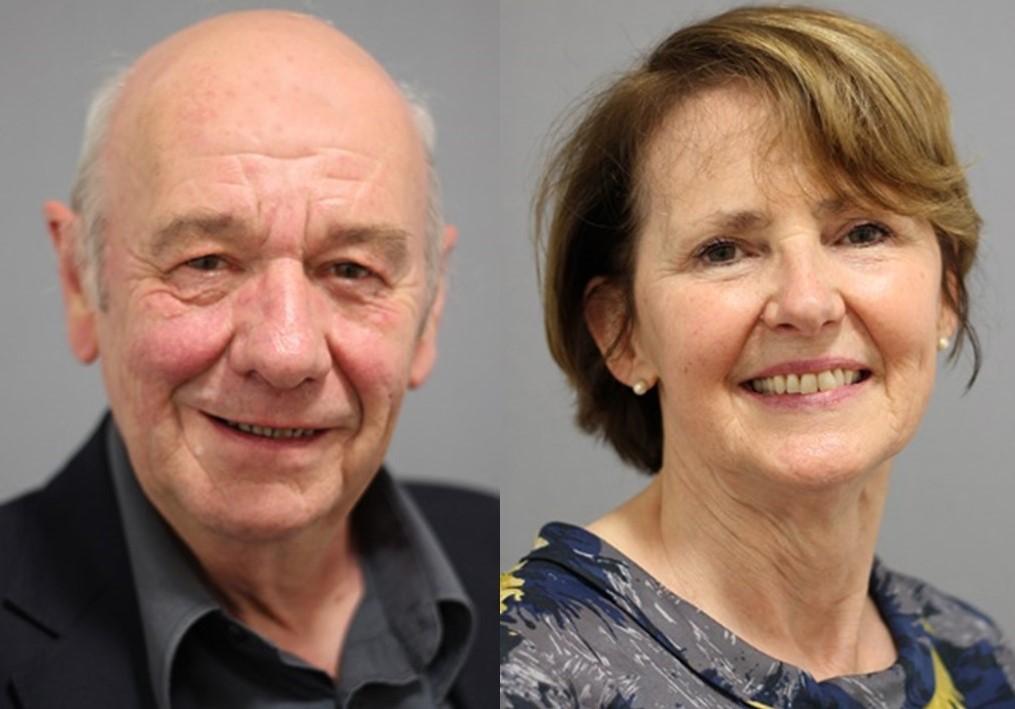 Cllr Steve England has been re-appointed as Chairman of West Lindsey District Council, making history as the first Councillor to serve in the role for three successive years.

Cllr England, who was appointed at the 48th Annual meeting of the Council on 4th May, will serve alongside Vice Chair Cllr Angela Lawrence for a third straight year.

Cllr Lawrence was re-appointed to the post of Vice Chair for a third successive year at the same meeting.

Reflecting on the historic achievement, Cllr England said: “If I’m being honest, I’m stunned. To be nominated three-times on the trot is incredibly humbling, and to be nominated three times – I know we are living in strange times – but this role is not a given right, it is a privilege, and I will never ever forget that.

“The past two years have been an honour. I would say that I have experienced 99% highs and maybe 1% lows; to be able to represent the Council and the District at the Community Awards, at the opening of the Market Rasen Leisure Centre, at the opening of Lea Fields Crematorium, to help out at Gainsborough House Christmas lunch, and to be picked to cut the turf at the opening of the new Depot at Caenby Corner – to name just a few events and experiences – is an honour that I will always cherish.

“When I and my wife Kathryn moved here over ten-years ago, we never thought we would have the opportunity of all these wonderful, marvellous experiences. I know however, that we are only as good as each other, and that is why I am delighted that Cllr Angela Lawrence has been re-appointed and to also have Kathryn’s support. We are a team here at West Lindsey, and though it is an honour to hold this prestigious title, I know I, and my fellow Councillors, have a duty to always put West Lindsey and its residents first. It’s not about me, it is a team effort – there is no I in team.”

The past year has resulted in Council meetings being moved online as a result of the current Covid-19 climate, with Cllr England outlining this as the most daunting experience of his past two years as Chairman.

He said: “When you chair a meeting virtually, you have no-one to help you but yourself. I – as always – become totally reliant on Officer support to prepare me and help me through, and I cannot thank Katie, Trudi, Ellie, Sue and the Team highly enough! I would also like to take this opportunity to thanks the Reverend Adam Watson for his support over the past years, and welcome Reverend Jane Porter-Smith to the position as the new Chairman’s Chaplain!”

“I am really hopeful that this year, I can properly get out and meet people in-person, celebrating events around the District. It will be a truly rewarding experience to get out and about in the community and see especially all those who have volunteered throughout the pandemic, including all those who have helped out at, for example, food banks and with local community charities. All the volunteers and key workers who have given so much to us all over the past year deserve every piece of recognition they can get.

“It will be an honour to work with Steve again. He is an extremely hardworking chairman, very supportive, and I look forward to supporting him as much as possible over the next year.”

What does the Chairman of the Council do?

The Chairman of the Council is the civic and ceremonial head of the council who;

The Chair and Vice Chair of the Council are re-appointed at the beginning of each Civic year.