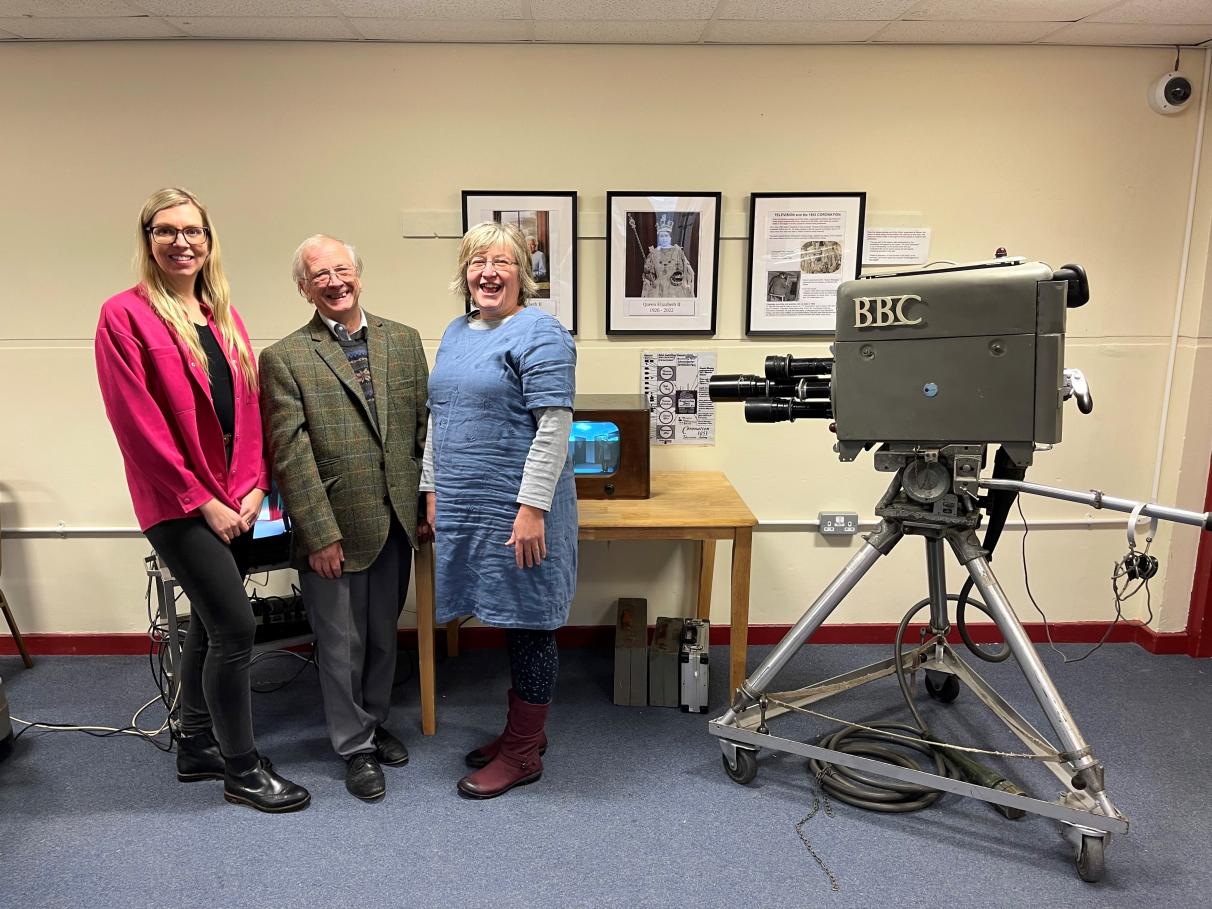 Plans to exhibit a large collection of historical broadcast equipment and vehicles in Hemswell Cliff have moved a step closer thanks to West Lindsey District Council.

The Broadcast Engineering Conservation Group (BECG) have purchased the Old Sergeants’ Mess building in the village, which used to be owned by the Ministry of Defence (MOD).

RAF Hemswell was sold by the MOD in the mid-1980s. The former operational building was sold as a commercial and industrial space. Sadly, for the past 12 years the Sergeants’ Mess building stood empty and became an eyesore, acting as a hot spot for anti-social behaviour.

The charity purchased the site in November 2021 and have been working hard to transform the building. It is now turning it into a museum for its large collection of historically valuable broadcast equipment and outside broadcast vehicles. One of the charity’s preserved television cameras was used to televise our late Queen’s Coronation in 1953.

West Lindsey District Council was approached to help fund the replacement of the broken windows at the site in a bid to protect it from further damage, especially over the winter.

“For many years, West Lindsey District Council has been working closely with the community to guide and focus development to support local residents. I am delighted to see this beautiful old building beginning to regain some of it’s former glory. The regeneration works are already having a positive impact on the community as the building, which occupies a prominent position in the heart of the village is much improved and we are delighted that the charity are positively contributing to our cultural and heritage offer in the district.”

“Hemswell Cliff is an important area for employment growth in West Lindsey with its excellent connectivity to the important A15 corridor and the UK Food Valley.  We are working hard to deliver the Food Enterprise Zone to bring new jobs and opportunities to the area. We were pleased to support the Broadcast Engineering Conservation Group in their efforts to regenerate this key site within Hemswell Cliff which will bring benefits to both our businesses and our community".

Paul Marshall, BECG Chairman, thanked the Council for its support on the project so far. He said:

“Over the years it was empty, our building had suffered from leaking roofs and well over 150 broken window panes. Thanks to help from West Lindsey District Council, the windows are now all repaired and we’re ready for the winter with our building once again watertight and dry throughout.”

For more information about the charity and to get involved visit the Broadcast Engineering Conservation Group website.