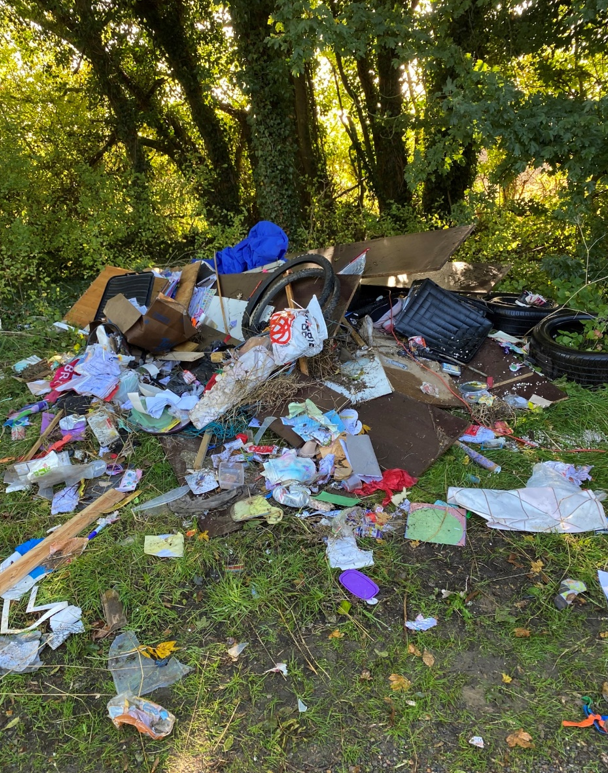 West Lindsey District Council’s Community Safety Team is urging residents to make sure they check the credentials of any waste removal carrier to see if they are genuine.

The message comes after a recent case where one resident had hired someone to remove their waste and it was then dumped at Linwood.

“My team attended and made a full search of the fly tip. They were able to retrieve items which, following further enquiries lead us to the owner of the dumped property. We contacted them and they informed us they had hired what they believed to be a genuine waste removal carrier who was advertising on Facebook.

“They were shocked to find that they had employed a rogue operator who had just dumped the items he had been paid to remove, rather than dispose of them in a legal and responsible way. They were also able to provide evidence that proved they believed they were employing a legitimate operator and we were able to use this in identifying the individual involved.

“Had they been unable to demonstrate this they would have been responsible for the £400 Fixed Penalty Notice themselves.”

On this occasion, the person responsible for dumping the waste was traced. When he became aware of all the evidence against him, he admitted responsibility and paid the £400 fine in full. His details have been passed to the police and shared with other agencies.

Chairman of the Prosperous Communities Committee, Councillor Owen Bierley said the Council will not tolerate fly-tipping. He said:

“West Lindsey District Council is committed to reducing the amount of illegal fly tipping taking place across the district.

“We investigate every fly tip that is reported to us and if the evidence is found we will always serve a fixed penalty notice against the person responsible. This is why residents must always take the time to ensure that they are hiring the services of a legitimate business.

The message to the public remains the same - always to carry out a few simple checks before paying someone to remove your waste:

West Lindsey Council is carrying out regular patrols at fly tipping hotspots across the district, deploying cameras and signs – all aimed at deterring offences from taking place. We continue to work closely with The Police and Environment Agency, sharing intelligence and carrying out joint patrols to tackle issues like fly-tipping. As a member of the Environmental Crime Partnership for the County we work closely with the other district councils sharing information and details of offenders.

If members of the public have encountered or have any concerns in relation to any individuals or businesses operating illegally they are encouraged to get in touch with West Lindsey District Council so they can investigate their concerns.

To ensure the waste carrier is legitimate customers can obtain a ‘Waste Transfer’ Note from them. You can check their registration on the Department for Environment Food & Rural Affairs Public Register or by calling 03708 506 506.