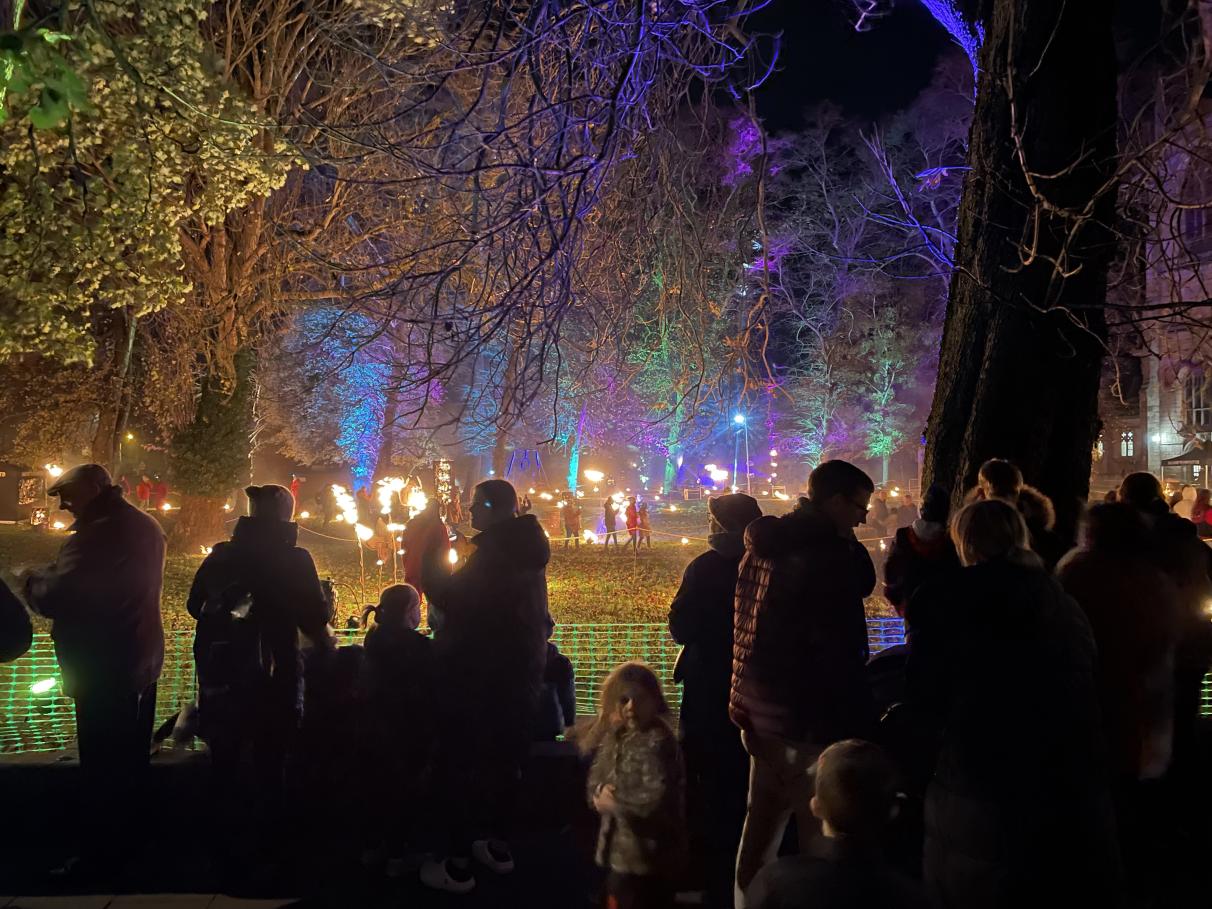 Over 2,500 residents and visitors attended Illuminate 2022 on Saturday 26th November, filling the town with a joyous atmosphere. Activities took place throughout the day and evening, offering plenty of ways for people to get involved.

We caught up with a local family of five during their hunt for the paintings, who said:

“We’re really enjoying the trail, and we cannot wait to pick up our treat from the Heritage Centre!”

Residents created lanterns in All Saints’ Parish Church throughout the day as part of the Church’s Craft Fair, ready to take on a guided walk in the evening. Cienna joined us and got creative. Andrew, her father said:

“We’ve really enjoyed creating the lanterns this morning, Cienna is excited for today’s event as she is even in the projected film on Gainsborough Old Hall later today!”

Crowds of people, including families and couples, gathered for the Illuminate walk along Riverside Walk in Gainsborough. Wearing big smiles and wrapped in warm hats, scarves and gloves, they carried hand-made lanterns as they followed the Fire Funk samba band, led by maestro Chris Lewis-Jones.

There was a sense of excitement as people chatted and laughed together as they followed the walk guides, who led the way with illuminated umbrellas, as everyone followed the wonderful sounds of the samba band as they walked and danced their way to Gainsborough Old Hall.

Residents watched from their homes, standing on their balconies overlooking the River Trent with smiles as they cheered on the crowd, waving enthusiastically at them. Those on nearby streets stopped to watch then stepped in line behind to take part, as the walk moved on to Gainsborough Old Hall to watch three specially commissioned projected films.

The films focussed on this year’s event theme ‘West Lindsey Voices’, featuring three stories inspired by local heritage, created by lead artists Electric Egg with the support of pupils from Ingham Primary School, Whites Wood Academy and Benjamin Adlard Primary School. Schoolchildren worked with the animators and storytellers at Electric Egg to create artwork and add narration to films featuring a 1921 football match with an elephant, the wartime X24 midget submarine (the ‘Worst Kept Secret in Gainsborough’), and the ‘African Blondin’ Carlos Trower, a tightrope walker who performed in Market Rasen.

“Bethany was on the film on the Old Hall. I am very proud of her, it was emotional. We are watching the fire garden from the side and it is just as good from here.”

“It has been a really nice community event, especially after Covid and lockdown and seeing people out enjoying themselves.

You feel like you are abroad, not just down the road in Gainsborough, it’s amazing. We went to the Old Hall and the videos, which were great; you can see a lot of work has been put into them.”

“I absolutely loved it this evening. When I saw the beautiful ladies and they were very quietly spoken and they said hello and I actually felt emotional and a little bit tearful because it’s so magical and I said we feel so popular to live in Gainsborough so that we have the opportunity to come.”

A fire garden illuminated the grounds of All Saints’ Parish Church whilst street performers entertained the crowds that were gathered to watch.

“We try to vary the experience by offering music, dance and performances alongside the floral-themed fire sculptures and it creates a general feel-good experience. The interactions between the public in the fire garden has been great and many people are saying it’s the first time they have seen anything like this here.”

“We are incredibly proud to have held such a spectacular event within West Lindsey. It was fantastic to see such a large number of residents and visitors enjoying all of the activities that were on offer.”

“It has been great to see so many people coming out for the event this year, and to celebrate the contributions of children from across the district featured in the heritage films. We’re very grateful for the support of the teams at Gainsborough Heritage Centre, All Saints’ Parish Church, and English Heritage’s Gainsborough Old Hall, without whom the event would not have been possible.”

This event has been made possible by funding from Arts Council England, West Lindsey District Council and Gainsborough Town Council. 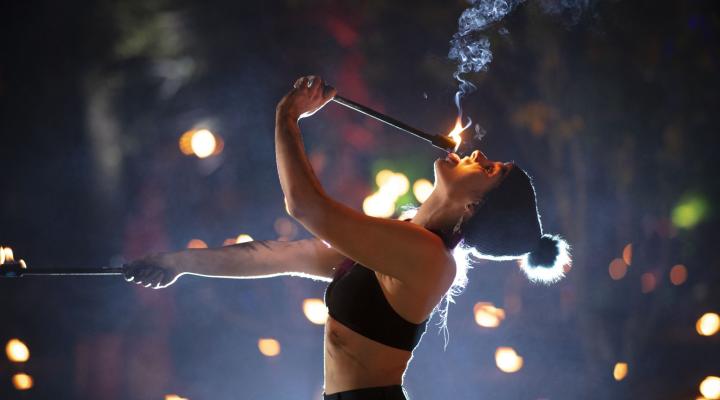 Incredible Illuminate event to return to Gainsborough this Autumn!

Residents and visitors to West Lindsey are invited to attend an incredible Illuminate event involving lanterns, projections, and a spectacular fire garden this November. 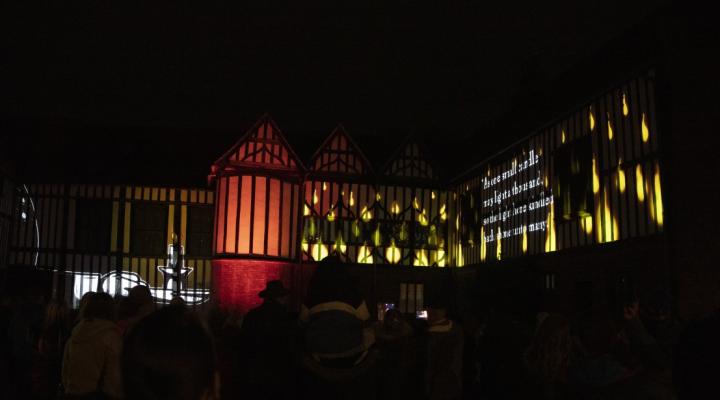 Gainsborough to be illuminated next week as incredible Illuminate event returns!

We are busy gearing ourselves up for Gainsborough to be filled with light and sound for yet another Illuminate event next week, on Saturday 26 November 2022.

Behind the Business: Meet Rebecca from Sinful Skin Aesthetics
Changes to voting at polling stations in West Lindsey from May 2023
Solar panels helping to reduce carbon footprint
END_OF_DOCUMENT_TOKEN_TO_BE_REPLACED