Hundreds through the door as keen job seekers show their interest in employment opportunities and more! 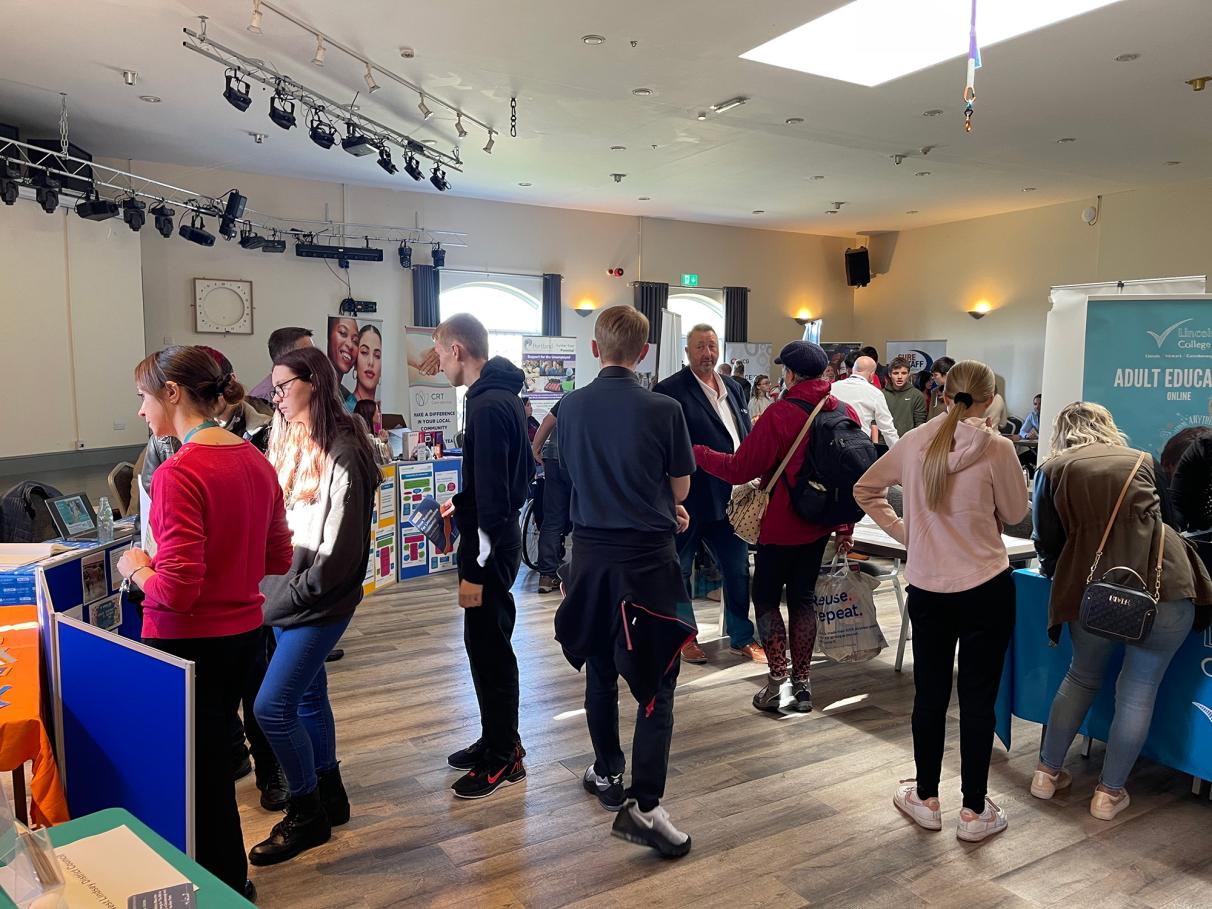 Over 27 stall holders attended, ranging from employers, providers and recruitment agents. For jobseekers attending on the day, an encouraging number were either offered an interview or a direct job offer.

The West Lindsey Employment & Skills Partnership sponsored the Autumn Jobs and Training Fair, which was supported by the Department for Work & Pensions (DWP).

Amanda Bouttell who is the employment and skills lead for the council was absolutely thrilled with the outcome of the event. She said:

“The day was a huge success, not only was it a brilliant opportunity for employers to showcase their organisations, but it also gave individuals the confidence boost to apply for the job roles available.

“We had over 100 people through the doors within the first two hours, and there was a consistent buzz of conversation in the room. We had some great feedback from the DWP and our Skills Partners – one described the day as the ‘best area event ever!’”

Following on from customer feedback, a staggering 92% of the attendees felt they left the event with something, and those that left without a job interview or job offer left with positive steps to improve their chances of securing employment in the future.

Phil Shirley, Operations Manager for PC Coaches said this was the first time they have attended an event in Gainsborough. He said:

“Not only has it been great seeing colleagues from different organisations, but I have also had some great conversations with potential future employees.”

Recruitment and Training Co-Ordinator for Home Instead, Chloe Waring, also attended the event. She said:

“Our presence here has been great as it has given me the opportunity to explain in detail what care is and squash any myths about the industry. There has been a continuous flow of people and the engagement has been amazing.”

“I’ve come here to look for work, and this is a great opportunity to speak to employers and start a conversation for what is available.”

Due to the popularity of the event plans are being put into place to organise a further evening Jobs Fair for those who cannot attend in the day.