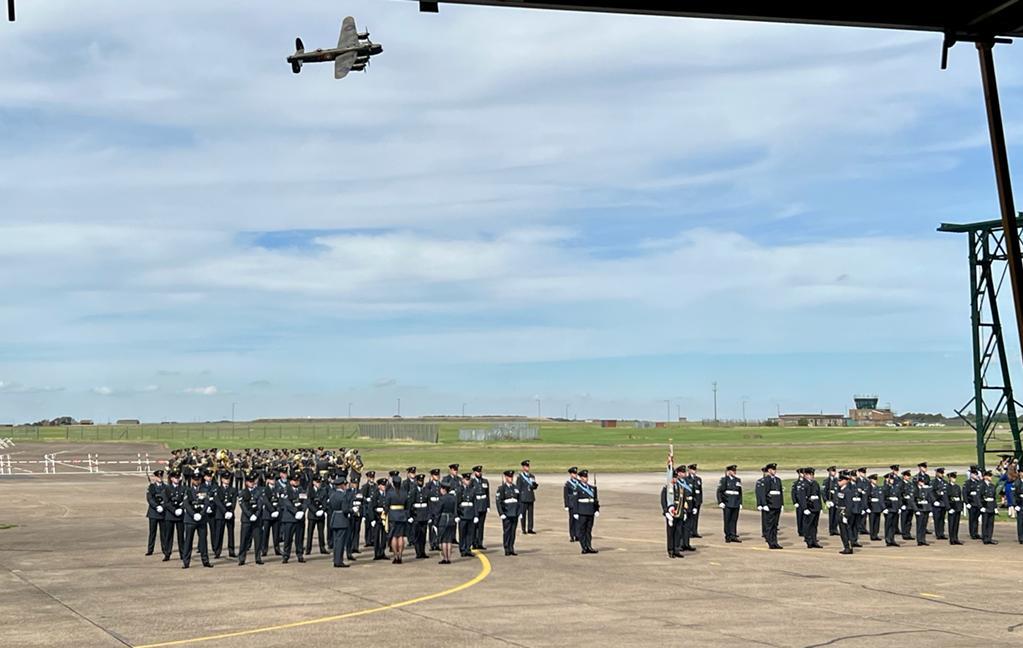 The Lancaster Bomber as seen at the closure parade at RAF Scampton.

On the same week that a closure parade was held at RAF Scampton to celebrate the rich history of the base, West Lindsey District Council has reaffirmed its commitment to the community.

The Red Arrows, will be moving from their site in West Lindsey to a new home at RAF Waddington later this year as preparations are under way to close the RAF base.

They put on a spectacular display for guests at the parade with a flypast which also included the Lancaster Bomber, before flying over a number of West Lindsey towns and villages to mark the celebrations.

Chairman of West Lindsey District Council, Councillor Angela Lawrence and Director of Planning and Regeneration, Sally Grindrod-Smith attended the event at RAF Scampton, which will close at the end of the year. Councillor Lawrence said:

“It was a privilege and an honour to attend the parade and to watch the breath taking displays at RAF Scampton. I enjoyed meeting the personnel who have lived and worked in our district and I am sure it was a day of mixed emotions for many as the base has been here for over a century. Although the closing of Scampton is tinged with sadness we are looking forward to the opportunity for a bright and productive alternative future for the site.”

As previously reported, we formally submitted an expression of interest in acquiring the site, which could contribute significantly to th "Levelling Up" of economic and social outcomes across West Lindsey, Lincolnshire and beyond.

Should West Lindsey be successful in acquiring the site, the successful delivery partner, which the council is looking to procure, will be required to work with the council and take a lead in managing, master planning and regenerating the site. Sally Grindrod-Smith added:

“As we look to the future, Scampton has been identified in the emerging draft Central Lincolnshire Local Plan as an ‘opportunity’ site. West Lindsey District Council is in the process of procuring a delivery partner to transition Scampton from RAF use to economic driver for Lincolnshire. Whilst we can’t say too much at this early stage we have been clear that we aspire  to protect and enhance the site's heritage and historic importance and ensure community engagement is at the heart of the redevelopment plans.”

Our expression of interest remains subject to a number of conditions. Work continues with the Defence Infrastructure Organisation on behalf of the Ministry of Defence and the Council hopes to make a final decision in relation to the acquisition and appointment of partner by the end of the year.

As previously reported, the closure of RAF Scampton was announced by the Ministry of Defence in 2018 as part of cost cutting measures. Since this time officers have worked closely with the community, the Ministry of Defence, the RAF and potential investors to understand opportunities for the future of the site. 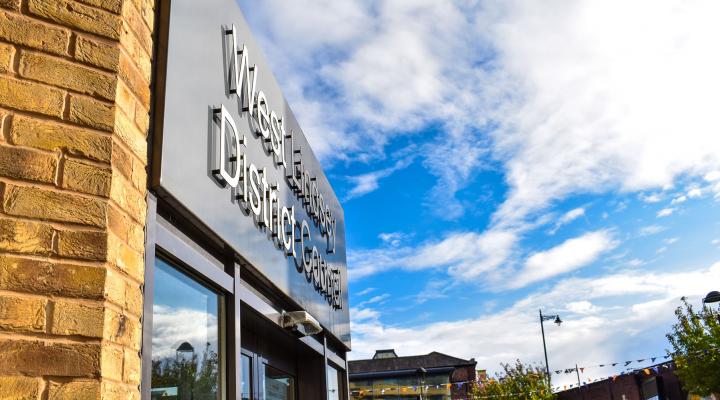 West Lindsey District Council has submitted an, expression of interest in the potential future acquisition of RAF Scampton.