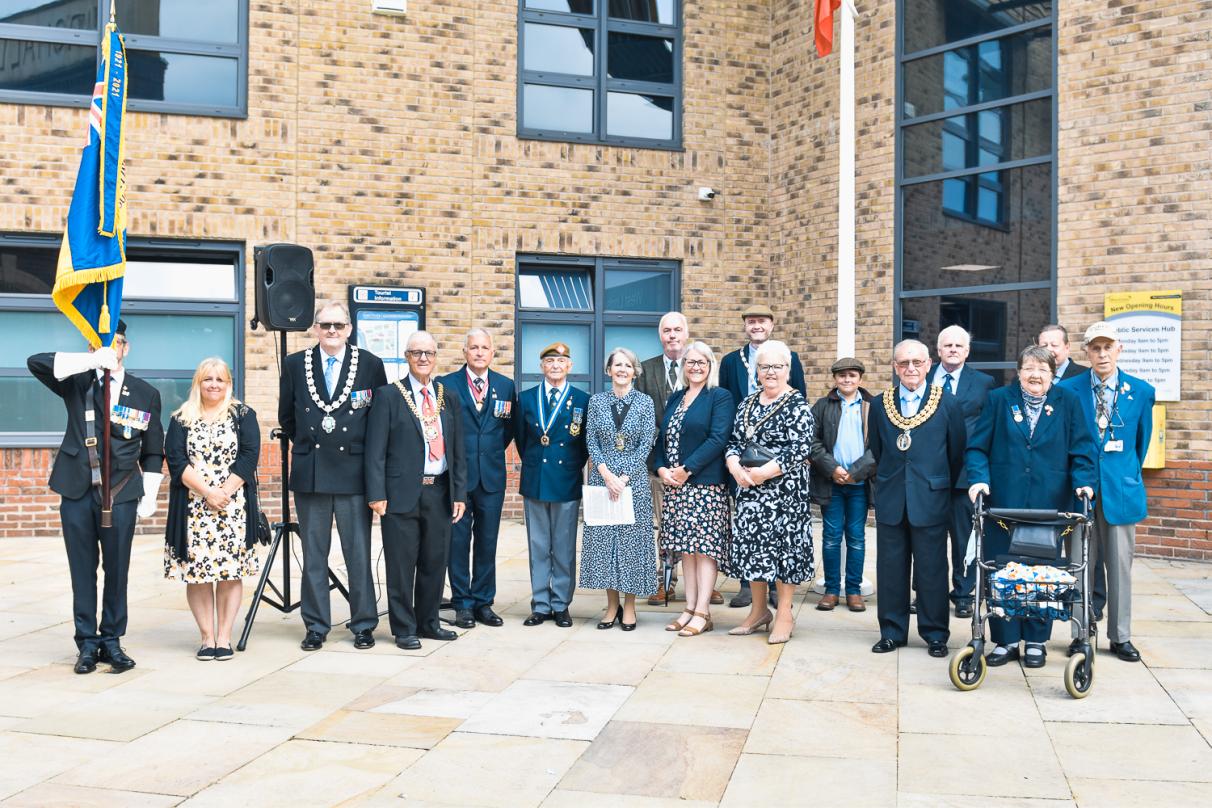 Local people were given the opportunity to honour the brave men and women who make up the Merchant Navy for their sacrifices and commitment, and remember those who have been lost. The ceremony took place outside our main offices at the Guildhall, Marshall’s Yard, Gainsborough.

Merchant Navy Day Saturday became an official day of remembrance on the 3 September 2000, after years of lobbying to bring about the official recognition of the sacrifices made during the First and Second World War by the men and women of the Merchant Navy.

Chairman of the Council, Councillor Angela Lawrence, attended the ceremony and raised the Merchant Navy Day flag. She said:

“It was a great honour and a privilege to be asked to raise the flag today for Merchant Navy Day. It means a lot that we have this day to celebrate the achievements of those who have served, and are still serving.”

“The flag is a way for West Lindsey District Council to pay tribute to those who served in the Merchant Navy, and for those who still serve and are responsible for most of the UK’s imports, including food and fuel”.

The flag will remain in place for one week outside the Guildhall in Marshall’s Yard.