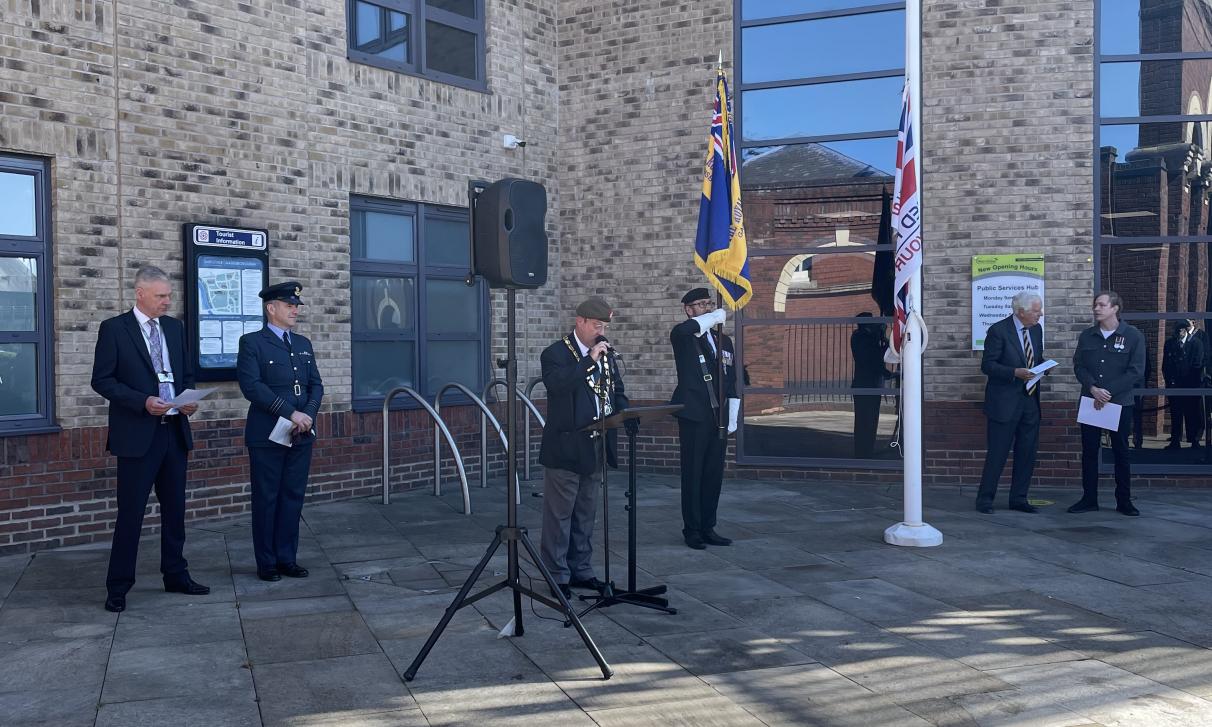 Armed Forces Day is an annual opportunity for the public to show their appreciation and support for the men and women who serve in our Armed Forces, including the Royal Navy, Army, Royal Air Force, reservists, veterans and cadets.

“It was a great honour and a privilege to be asked to raise the flag today for Armed Forces Day. As a veteran, it means a lot that we have this day to celebrate the achievements of those who have served, and are still serving, in the Armed Forces. It was special for us to have representatives from RAF Scampton here with us today for the final time and for them to be a part of our celebrations.”

“I was honoured to be asked to take part in today’s Flag Raising event. Armed Forces Day represents the fantastic support that the Armed Forces receive throughout the UK. It is important to remember that this extends beyond regular service people like myself, but goes through to the reservists, the families and cadet organisations too.

“Those links could not be any stronger than they are here in West Lindsey where we genuinely feel the support from the whole community for our personnel, and it is brilliant to be here today to mark that. I would like to extend my thanks to the West Lindsey community for their continued support for our Armed Forces.”

Director of Commercial and Operational Services, Ady Selby, read prayers to the congregation and said:

“The flag is a way for West Lindsey District Council to pay tribute to the difficult and challenging work carried out by our Armed Forces personnel, and to show our support and appreciation to all personnel – including those serving, veterans, cadets and their families.”

The flag will remain in place for one week outside the Guildhall in Marshall’s Yard. 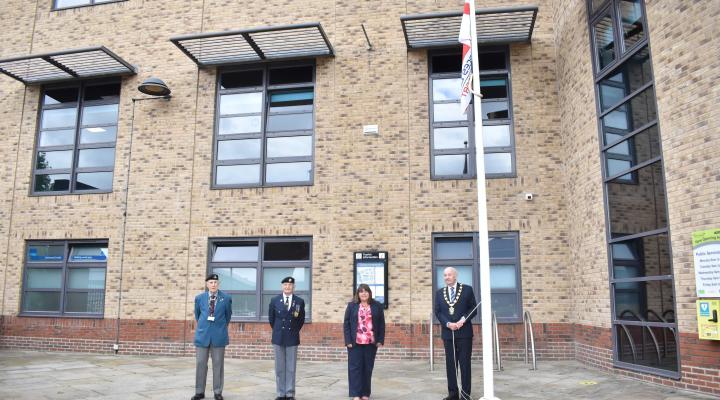 Behind the Business: Meet Rebecca from Sinful Skin Aesthetics
Changes to voting at polling stations in West Lindsey from May 2023
Solar panels helping to reduce carbon footprint
END_OF_DOCUMENT_TOKEN_TO_BE_REPLACED