Stark warning to households to check waste is disposed of properly after one resident was fined £400! 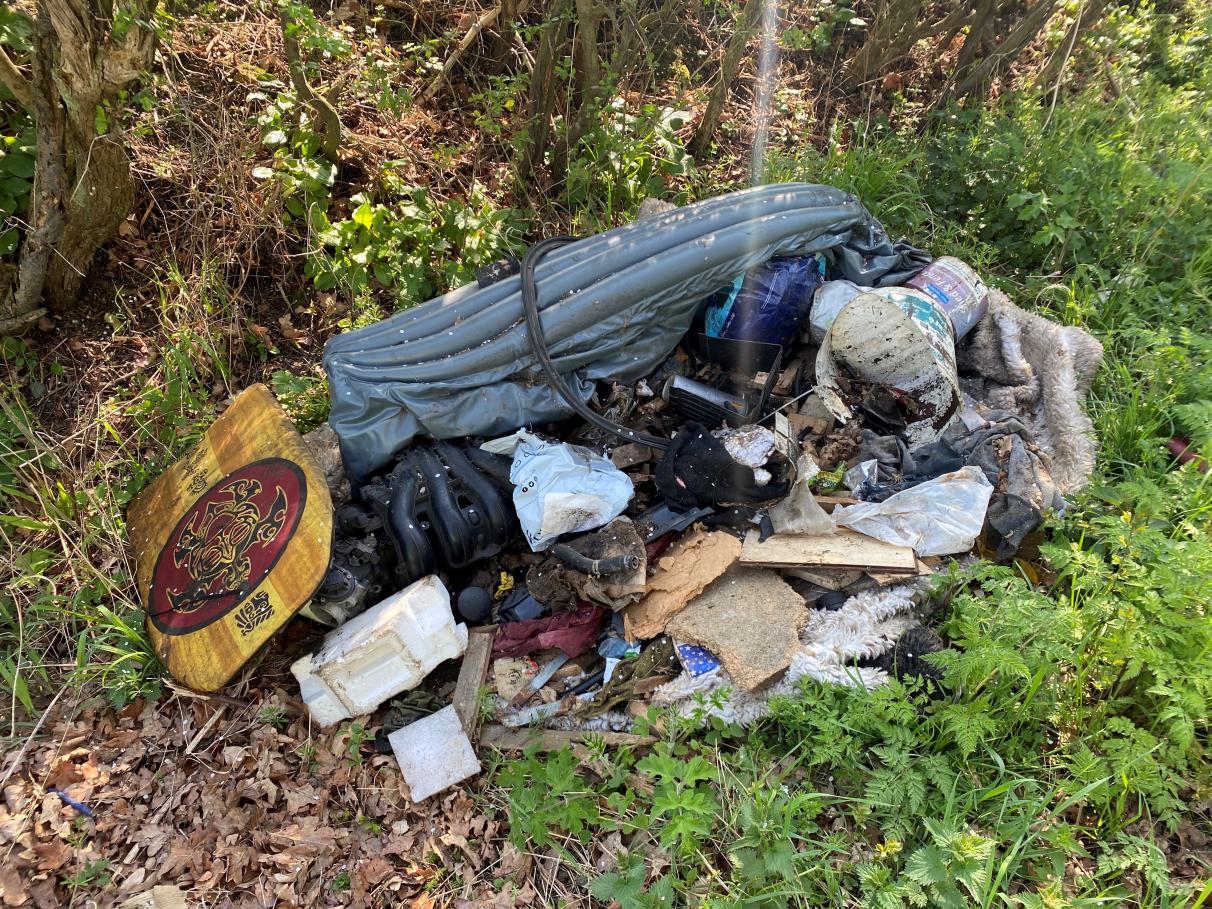 Photograph of an illegal fly-tip

Residents across West Lindsey are being urged to make sure they dispose of their waste correctly or they could be fined for fly-tipping.

The message from West Lindsey District Council comes after the local authority issued a £400 fine for fly tipping. Our Community Safety Team issued the fixed penalty notice following an investigation for a fly-tipping offence. In this instance, the resident paid a "man with a van" to remove their rubbish, who then dumped it at Normanby-by-Stow illegally.

Kim Enderby, Senior Licensing and Community Safety Officer for West Lindsey District Council said that they received a report of a fly-tip at Normanby-by-Stow from a member of the local community on 21 April 2022.

“Officers attended and made a search of the discarded rubbish and seized items, which on further investigation led us to the owner of the illegally dumped property.

"When we spoke with the resident, it appeared that they saw a ‘man with a van’ advertising on Facebook and paid him to remove the rubbish. The man with the van then dumped it at Normanby-by-Stow.

"They paid in cash for his services and did not receive an invoice or any other kind of paperwork. Nothing was done to check that they were employing the services of a responsible, legitimate business with the correct waste carriers licence in place.”

As the resident was unable to demonstrate the work was carried out, they ultimately remained responsible for the illegal dumping of their belongings and were issued with the £400 fine – which has now been paid in full.

Chairman of the Prosperous Communities Committee, Councillor Owen Bierley said the Council will not tolerate fly-tipping and that the Council’s aim is to make West Lindsey a safe and vibrant place to live, work and socialise.

“Residents must always take the time to ensure that they are hiring the services of a legitimate business. By doing such a thing It will help prevent fly-tipping offences occurring in the future, and could also prevent residents from receiving a £400 fixed penalty notice.”

We are seeing a rise in criminal activity of this type. The message to the public is to carry out a few simple checks before paying someone to remove your waste:

We work closely with The Police and Environment Agency, sharing intelligence and carrying out joint patrols to tackle issues like fly-tipping. If members of the public have encountered or have any concerns in relation to any individuals or businesses operating illegally they are encouraged to get in touch with West Lindsey District Council so they can investigate their concerns.

To ensure the waste carrier is legitimate customers can obtain a Waste Transfer Note from them. You can check their registration details at the Environment Agency's public register or by calling 03708 506 506.