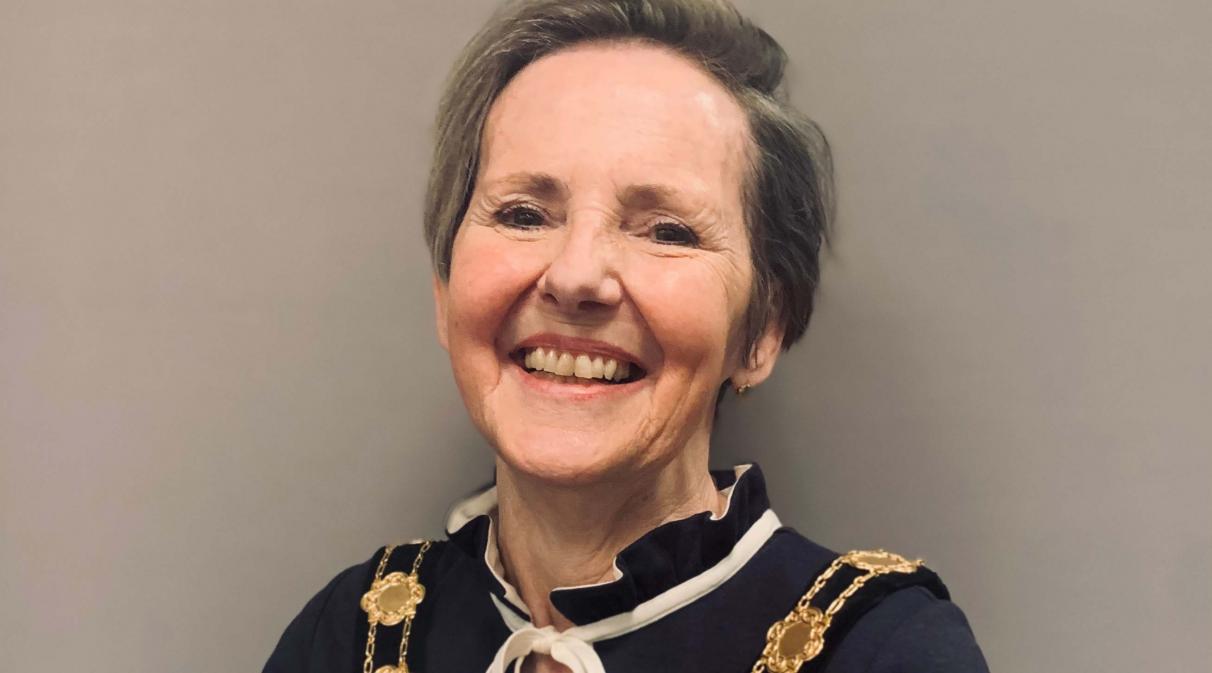 A former primary school teacher and kindergarten business owner has been elected as Chairman of West Lindsey District Council.

Councillor Angela Lawrence of Caistor was appointed this month to take on the position, which makes it her third time in the leading role.

The announcement was made at the full council meeting this month when former Chairman Councillor Steve England handed over the chain of office.

Councillor Lawrence said she was honoured to be elected. She added:

“I am really looking forward to the Civic year ahead especially as we are coming out of COVID and some sort of normality can resume.

“I am looking forward to getting out and about in the district attending events and meeting the wonderful people of our district. It is even more special as this is the Queens Platinum Jubilee year too.

“There are so many events taking place across the district. I will be doing my bit to support events personally in Keelby, Caistor and Great Limber as there are tea parties, beer festivals and lots of entertainment planned – it is going to be great fun.”

Although Councillor Lawrence represents the Caistor and Yarborough ward, her role as Chairman means she will represent the whole of the district as the civic head of the council.

Councillor Lawrence is passionate about children and education and hope to do what she can to raise awareness of the activities and opportunities available to families across the district for their own health and wellbeing and the importance of a good start.

The Chairman’s chosen charities this year are the NSPCC and Lincolnshire Domestic abuse.

“The charities I have chosen are ones that I have personally been involved in. Working in the child care sector my whole working life, both as a primary teacher and as a business owner, makes you realise how important it to get a good start in life and the impact dysfunctional homes can have on people for the rest of their lives.”

Councillor Roger Patterson has also been elected as Vice Chairman of the Council and will support Councillor Lawrence throughout the civic year.

Councillor Patterson is no stranger to wearing the chains of office as he was Vice Chair with Councillor Lawrence in 2015-2016 and was also Chairman of the Council in 2016-2017.

“I’m deeply honoured to have been elected Vice Chairman of West Lindsey District Council, supporting Councillor Lawrence, who is a fantastic chairman.

“It’s a privilege to support the Chairman in her Civic Year, learning and telling about all the wonderful things going on in our communities, promoting West Lindsey as a great place to do business, to visit and to live and to showcase the district as a potential place for companies to invest in and take advantage of our diverse and hardworking potential workforce that already complement the existing businesses already established here.”

The Chairman and Vice Chairman, as an ambassador for the district, attends many events throughout the district, county and East Midlands. They also host receptions for the council and fund raising events for their chosen charities.

If you would like to invite the Chairman to your event – more information is available on the Council’s website.

Behind the Business: Meet Rebecca from Sinful Skin Aesthetics
Changes to voting at polling stations in West Lindsey from May 2023
Solar panels helping to reduce carbon footprint
END_OF_DOCUMENT_TOKEN_TO_BE_REPLACED