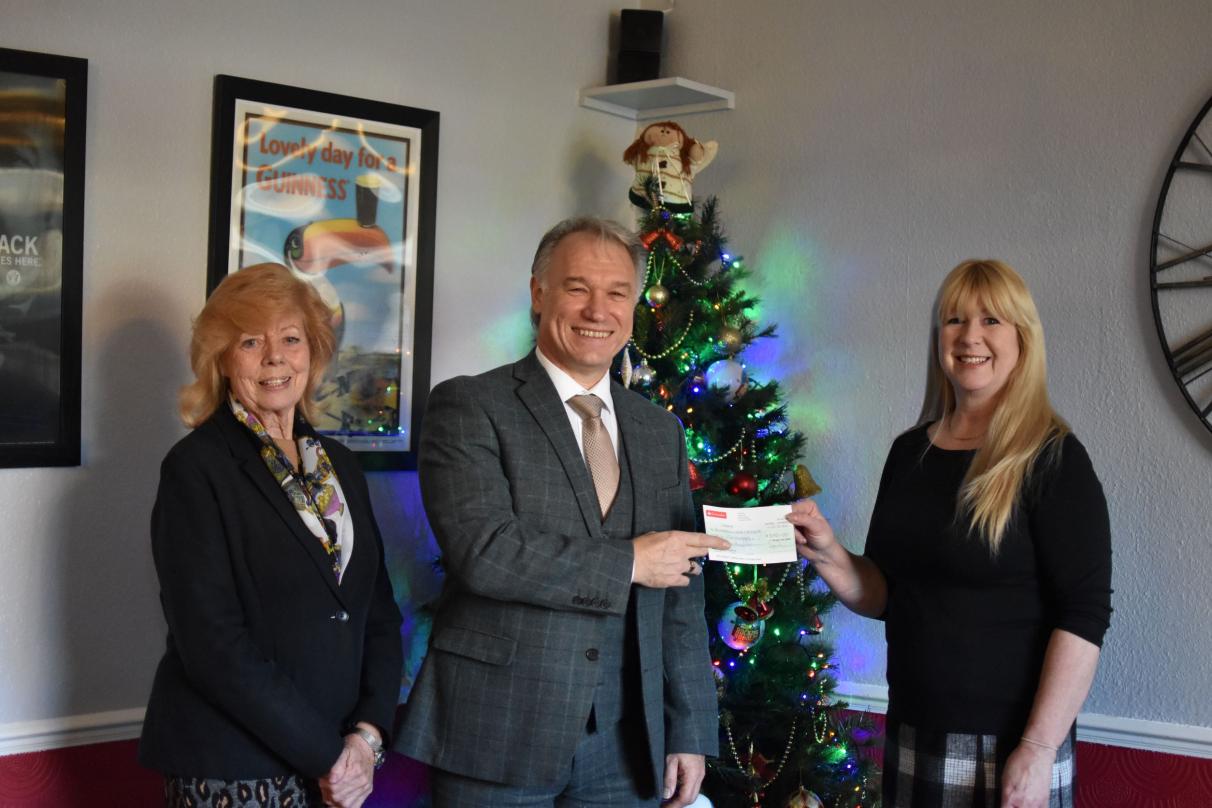 The Rose and Crown at Upton, held their own Charity Christmas Market last month, which was supported by almost 30 stalls.

Supporters turned out to support the event to buy some Christmas presents for family and friends and it was all for a very worthy cause.

They also took part in amazing raffles, which were kindly supplied from businesses in Gainsborough.

West Lindsey Chief Executive, Ian Knowles and Cllr Jessie Milne were presented with a cheque of £575 from Jenny Williams, landlady of the The Rose and Crown. Mr Knowles will personally hand deliver the cheque to the Bluebell Woods Children’s Charity in Worksop.

West Lindsey District Councillor, Cllr Milne said: “I would like to say a big thank you to everyone who supported the Christmas Market. It was such a lovely community feel and hopefully it managed to get everyone into the festive spirit. Jenny and I are so pleased that the event came together and that such a good amount was raised for such great charity and I would like to say a huge thank you once again to all those businesses that supported us and donated raffle prizes.

We really hope to do it again next year.”