Take out the Trash at the right time 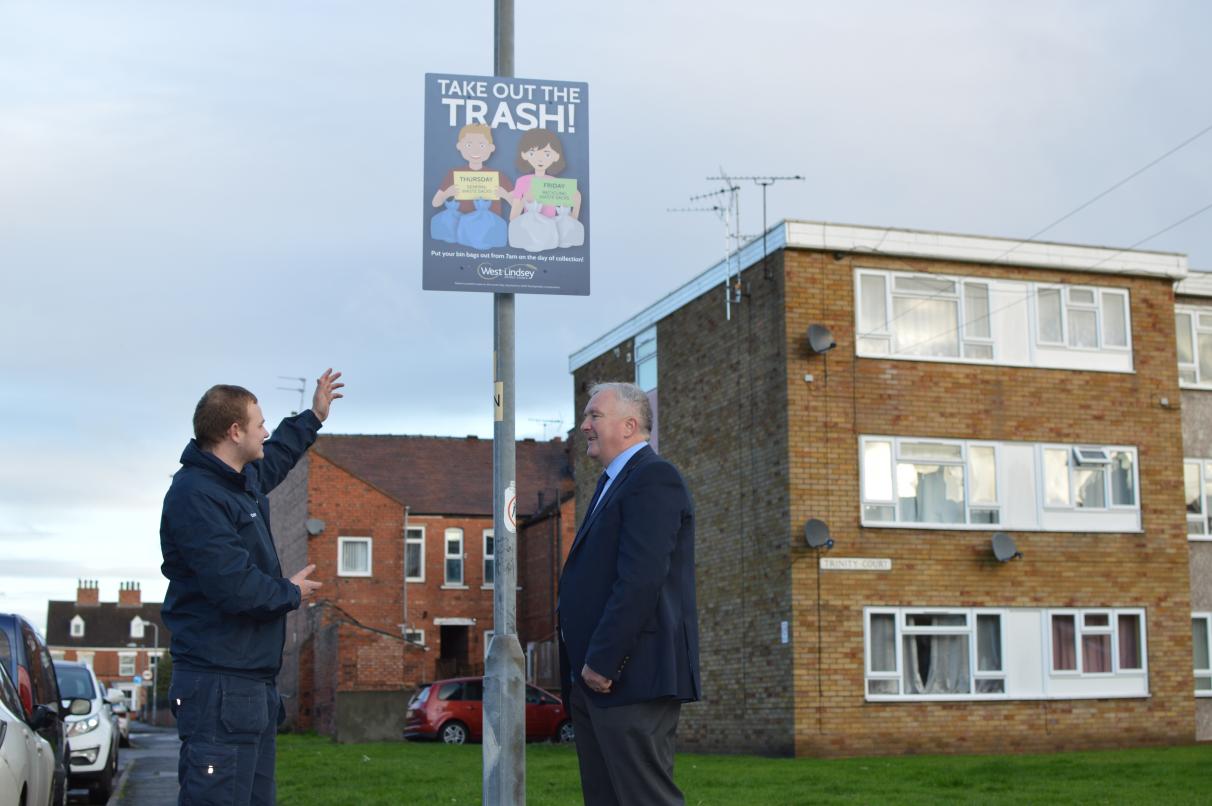 New posters have been installed in Gainsborough informing residents of the best times to present their waste.

Residents have raised concerns that rubbish is presented too early in areas of the South West Ward of Gainsborough.

West Lindsey District Council is hoping to raise awareness of the best times to present waste to improve the situation in the town.

When households leave their waste out too early it can lead to animals scavenging in the litter from split bags and rubbish scattering throughout the neighbouring streets. It also gives off an appearance of the area being poorly looked after.

The news has been welcomed by West Lindsey District Councillor, Cllr Trevor Young, who represents the South West Ward of Gainsborough.

He said: “When you see litter bags presented early - it does lead to split bags and does not reflect well on the area. A lot of people take pride in where they live and we have seen a lot of positive work taking place.

“However, whist residents in the area do use bags for their waste we all need to think about what times we present that waste to reduce any incidents and hopefully this will help change the way people feel about their streets.”