Children tucked into a two course meal every day that they attended a free summer play scheme! 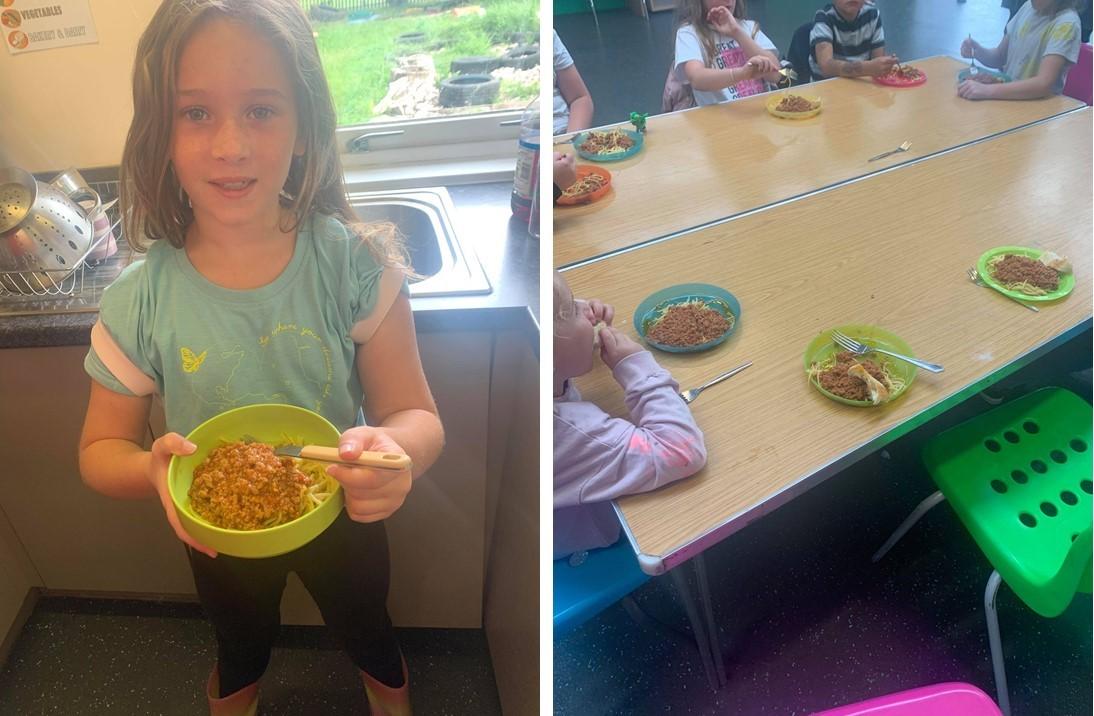 20 children a day benefitted from free meals in Gainsborough during the summer holidays as part of an initiative to help families.

Gainsborough Adventure Playgroup Association (GAPA) runs a summer Playscheme during the school holidays and is for children aged 5 - 14 years old. The scheme encourages children to play outside, in the fresh air for most of the day every day!

Sophie Levesque-Payne, Playground Manager at GAPA said thanks to the scheme they noticed a rise in the number of parents signing up their children to play.

She has now written to the West Lindsey District Councillors, who used the Councillor Initiative Fund to support the project to thank them and explain what a difference their donation made to local families.

She said: “The money that was donated to GAPA was used to support 20 children to eat a daily two-course meal throughout the summer holidays.

“Throughout the summer holidays, staff at GAPA noticed a change in the children that were benefitting from the meals in their physical appearances and seemed more focused on activities throughout the sessions.

“This kind donation has helped support struggling parents and carers out without worrying about the extra finances to feed their child/ children a healthy and filling meal whilst playing here at GAPA.”

GAPA, which is based on Riseholme Road in the town is a registered charity, which relies on grant funding and donations to deliver services to families.

Ms Levesque-Payne added: “As a result of the donation, more families and carers from the local area were signing up their child/ children to play at GAPA as many people thought that they had to pay of our services.

“From the staff, volunteers and most importantly the children at GAPA, we like to say a great big thank you for your continued support for our group.”

The Councillor Initiative Fund allows the district councillors to make awards of funding to support a wide range of community projects and activities. As locally elected Councillors, the fund allows them to get involved with local work and provide funding to help make things happen.

Each District Councillor has been allocated £4,000 over a four-year period to award to local community projects and activities.

Eight district councillors in West Lindsey supported this initiative, awarding a total of £800 to the summer playscheme.

Cllr Jim Snee said he was proud to be able to support the Initiative.  He said:  “Health and wellbeing is a priority for the council and we know that many families have struggled not only in west Lindsey but nationally to feed their children and themselves in the school holidays especially following the impacts of Covid-19. I am pleased that my contribution and that of seven other district councillors has been able to support this fantastic initiative in the town.

“GAPA has been running for a number of years but as you have heard from the manager, the summer play scheme has not only supported families but staff said they have seen a difference in the children who no doubt have more energy to be able to enjoy their time playing as children should be rather than worrying about being hungry.”

The current scheme will close on 28 February 2023, however, it may close sooner if funds are all awarded. Details of how to apply and who is eligible are available on the Councillor initiative fund webpage.

For more information about the play scheme please visit the GAPA website.