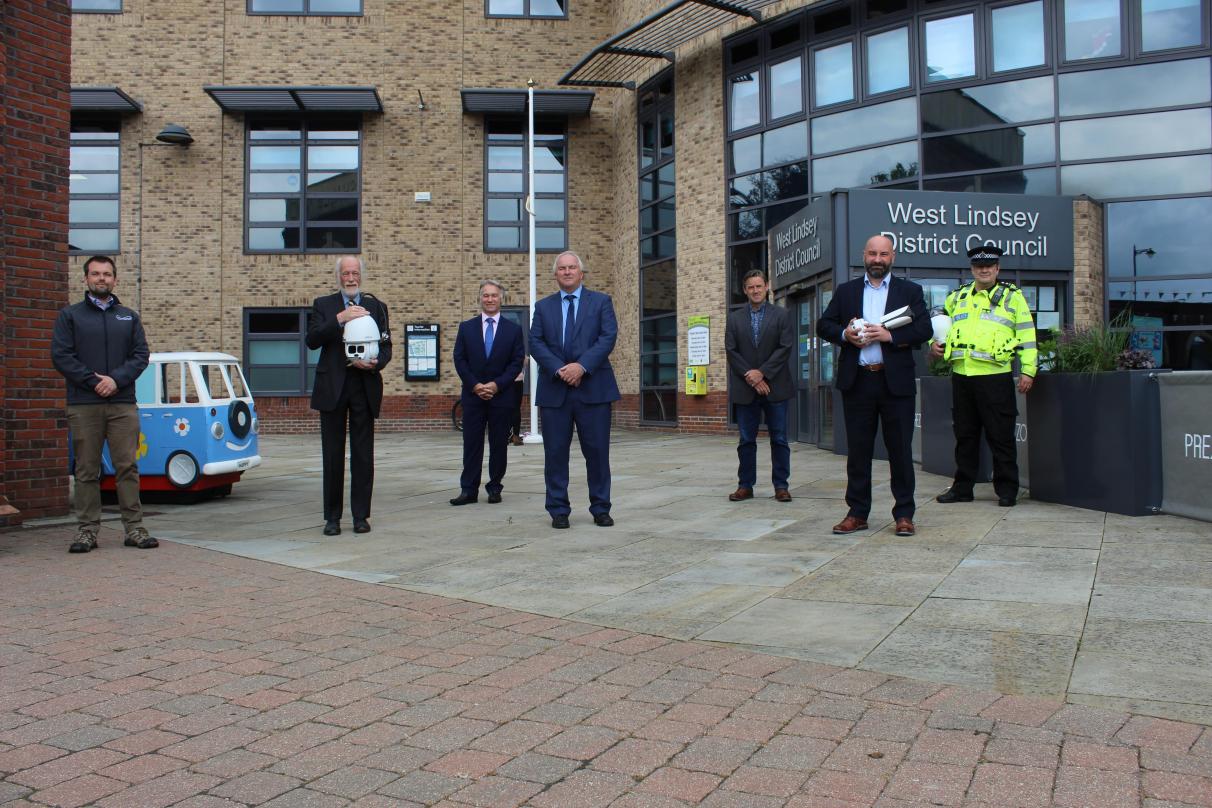 A project to install intelligent CCTV, which allows police to “search” footage, is underway after a successful bid for Government funding.

Lincolnshire Police and Crime Commissioner Marc Jones led the bid for £250,000 to spend on upgrading and installing CCTV in Gainsborough.

The bid, in collaboration with Lincolnshire Police and West Lindsey District Council, was one of the projects chosen to receive funding from the Government’s Safer Streets Fund last year.

The project includes linking the cameras to a server which will allow officers to search recorded footage using search terms such as gender, age group or even clothing description.

The system will also be able to search for vehicles by number plate, manufacturer or colour.

This will save hundreds of hours of office times when carrying out an investigation into a crime or a missing person.

Cameras are being upgraded at 18 different locations which will include live streaming capability and the Artificial Intelligence features.

In addition new columns will be installed at 15 new locations to house 54 new camera.

Already the new cameras are paying dividends. Within the first few days of having increased coverage the CCTV has been used to monitor a number of incidents including public disorder and provided evidence in a drug investigation.

PCC Marc Jones said: “I am delighted that this project and is making an impact in keeping the streets safer.

“It is another strong example of how Lincolnshire is deploying cutting edge technology to fight crime and protect residents and businesses from harm.”

Deputy Chief Constable Jason Harwin said: “We’re always looking at new and innovative ways to modernise our practices and improve methods by which we can make Lincolnshire the safest place to live, work and visit. This new project will potentially save our staff hundreds of valuable hours, meaning we can instead put them in the places where our communities most need us, and that’s incredibly welcome.”

Leader of West Lindsey District Council, Cllr Owen Bierley, said: “This funding was awarded as part of a competitive process and it is a huge triumph for the county that we have been successful in receiving this government funding – I take my hat off to PCC Marc Jones, who led the bid from start to finish.

“This project will hopefully promote a feeling of safety within local communities and the town centre – and anything that enhances local residents’ and businesses’ perception of safety can only be a good thing.”

Barry Rooks, Safer Streets Community Development Project Officer at Voluntary Centre Services said: "Over the past five months I have been meeting with those living and working in the south west ward to gain a picture of it’s strengths and challenges. There is much to do but we have now gathered a great team of local agencies and residents to begin looking at how we can make a difference to the lives of the people living in the ward."

Behind the Business: Meet Rebecca from Sinful Skin Aesthetics
Changes to voting at polling stations in West Lindsey from May 2023
Solar panels helping to reduce carbon footprint
END_OF_DOCUMENT_TOKEN_TO_BE_REPLACED