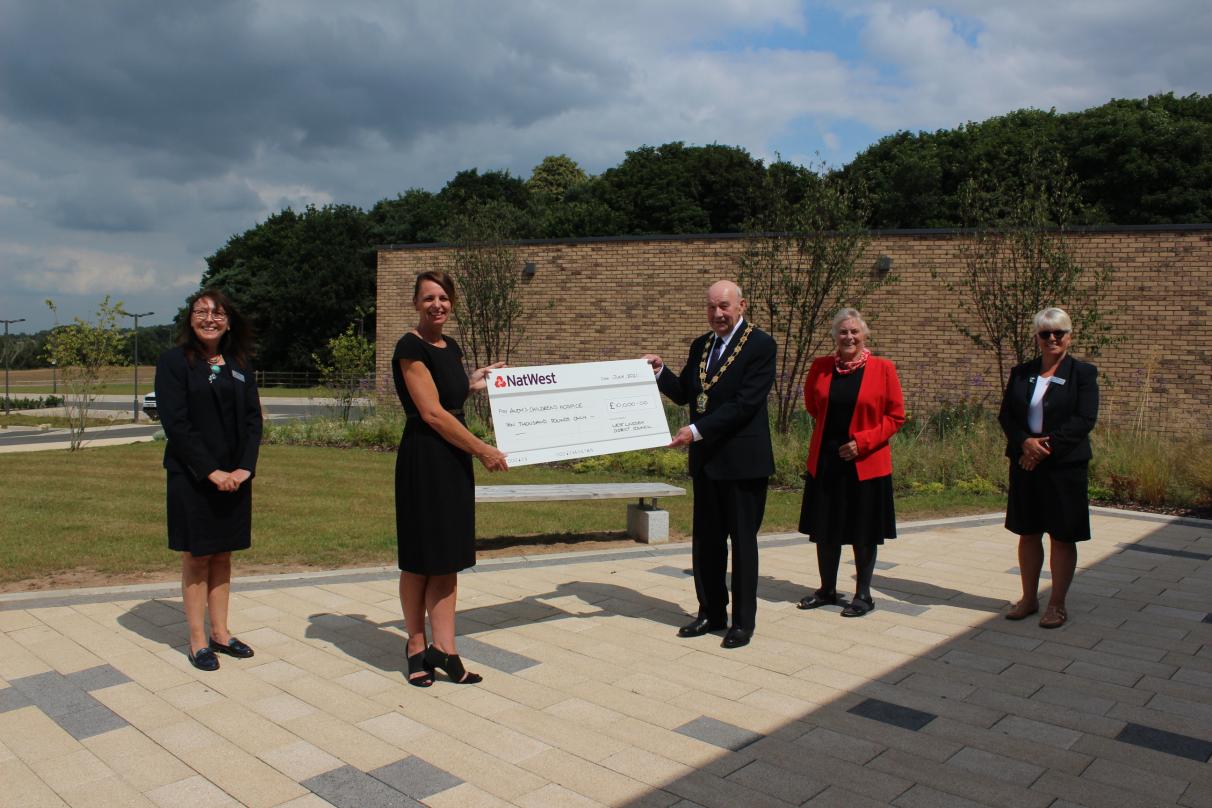 St Andrew’s Children’s Hospice has received a £10,000 charitable donation from Lea Fields Crematorium to provide much needed care and support.

The charity, which supports families from West Lindsey is the second organisation to receive a cheque from the crematorium.

As previously reported, West Lindsey District Council opened the crematorium in January 2020 and signed up to a national metal recycling scheme to help give something back to the community.

The money donated will help the hospice to provide care and support for more than 500 patients, both adults and children, and their families, friends and over 200 carers.

Christina Cook, Communications and Marketing Manager at St Andrew’s Hospice thanked said the Crematorium for the generous donation. She said: “We’d like to thank Lea Fields Crematorium so much for their incredible support. It will make a huge difference to our patients, bringing them more opportunities to receive the specialist care they need whilst having fun and making important memories too.”

Andy’s, the children’s and young person’s service, delivers care to those aged from birth to 25 years old who live in Northern Lincolnshire, North East Lincolnshire, Lincolnshire, Hull and the East Riding of Yorkshire.

St Andrew’s also delivers care to people aged 18 and above with a life-limiting illness who live in Grimsby, Cleethorpes, Immingham and surrounding areas.

“They have a difficult job offering care to children who are very poorly while comforting parents and carers.

“It is an honour to be able to provide them with some extra financial help especially in the current conditions when fund raising for many organisations due to COVID-19 has made things challenging.

“We must not forget special thanks to the bereaved who gave their consent to be part of the scheme for without them we would not have been able to give back to the local community in this way.”

As previously reported, Lea Fields signed up to the ICCM (Institute of Cemetery and Crematorium Management) Metal Recycling Scheme. Nationally the ICCM recycling Metal Scheme has raised over £7 million for charities since it was created.

Cllr Anne Welburn, Deputy Leader of the Council praised the scheme. She said: “This is the second cheque, we as an authority have been able to award to much-needed charities that support families from West Lindsey. The first was awarded to St Barnabas Hospice for £10,000 and now this cheque of £10,000 to Andrews Hospice.

“This has all been made possible thanks to the consent from families who have allowed the metals recovered during cremation to be recycled and any money raised is used to give back to bereavement related charities.”

She said: “At Lea Fields we always ensure families give their full approval to be part of the process and while making funeral arrangements they are given the choice about whether they wish to authorise the sensitive recycling of any metals remaining after the cremation.”