Housing Growth and Site Allocations - have your say on your local plan! 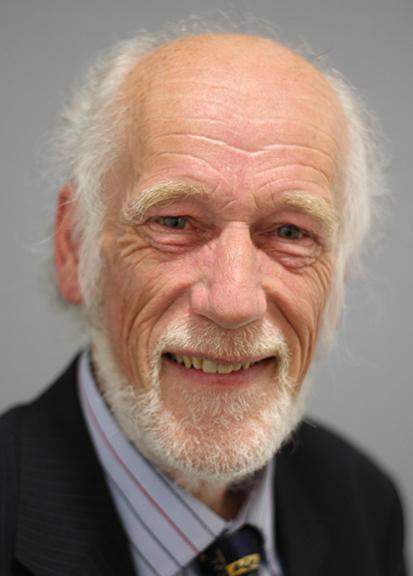 The Central Lincolnshire Draft Local Plan consultation has now been live for two weeks and there is still plenty of time for you to have your say.

Each week we are giving a short overview focusing on an area of the plan which has been subject to update or change. This week the policy area in focus is Housing Growth and Site Allocations.

This policy area is split over a couple of themes within the Consultation Draft Local Plan; Theme 2 Spatial Strategy and Theme 4 Housing.

This part of the plan relates to the number of houses that need to be built in order to satisfy the needs of a growing population and increase in the number of smaller family units and where that housing should be.  However, very little has changed in terms of the Consultation Draft, with the vision, strategy and distribution for growth remaining the same as the current Local Plan.

The Central Lincolnshire Joint Strategic Planning Committee (CLJSPC) Chairman, Cllr Owen Bierley who is also Leader of West Lindsey District Council, which is one of the three district authorities making up the Central Lincolnshire partnership covering Lincoln City and the North Kesteven and West Lindsey districts, said: “The small areas of change which have taken place within the draft includes the ability to now allocate smaller housing sites, comprising of more than 10 units, while previously only sites for 25 or more homes were allocated.

“This means that it is possible to allocate sites in small and medium villages rather than relying on growth percentages and community support to enable housing delivery in an area.

“This is considered a positive step as it means that these smaller allocations can be assessed robustly and consulted upon, providing an opportunity for communities to comment and provide greater certainty and transparency in relation to development potential during the plan period.”

Other housing development; which is not located on an allocated site will be restricted to:

Policy S1 (page.14) of the Consultation Draft Local Plan provides details of which category a settlement falls within.

As part of the assessment of these sites, they must demonstrate that they:

Applications for housing development which are unable to demonstrate compliance with these statements are likely to be refused.

An exception to this is the proposed First Homes Exception sites, which is anticipated to allow development on unallocated sites adjacent to settlements.

Guidance explicitly states that these exception sites are not permissible in Areas of Outstanding Natural Beauty and Designated Rural Areas, only rural exceptions sites can be considered. North Kesteven secured designated rural status in 2018 for its eligible settlements and a large part of West Lindsey has recently been recognised by the Secretary of State as Designated Rural Area.

As a result of the Government’s methodology for calculating housing need the overall growth figure for Central Lincolnshire (an area of 820 square miles) is anticipated to reduce from around 36,000 houses over the plan period to 2036, to around 29,000 houses up to 2040.

The Draft Plan breaks this global figure down and proposes a range of between 1,060-1,325 homes a year are needed, with the Plan looking to allocate adequate land to meet the requirements at the top end of the range in order to deliver the homes needed to support Central Lincolnshire’s economic growth ambitions.

You have until August 24 to have your say on the consultation – all documents and the response form can be accessed by following this link: Local Plan consultation