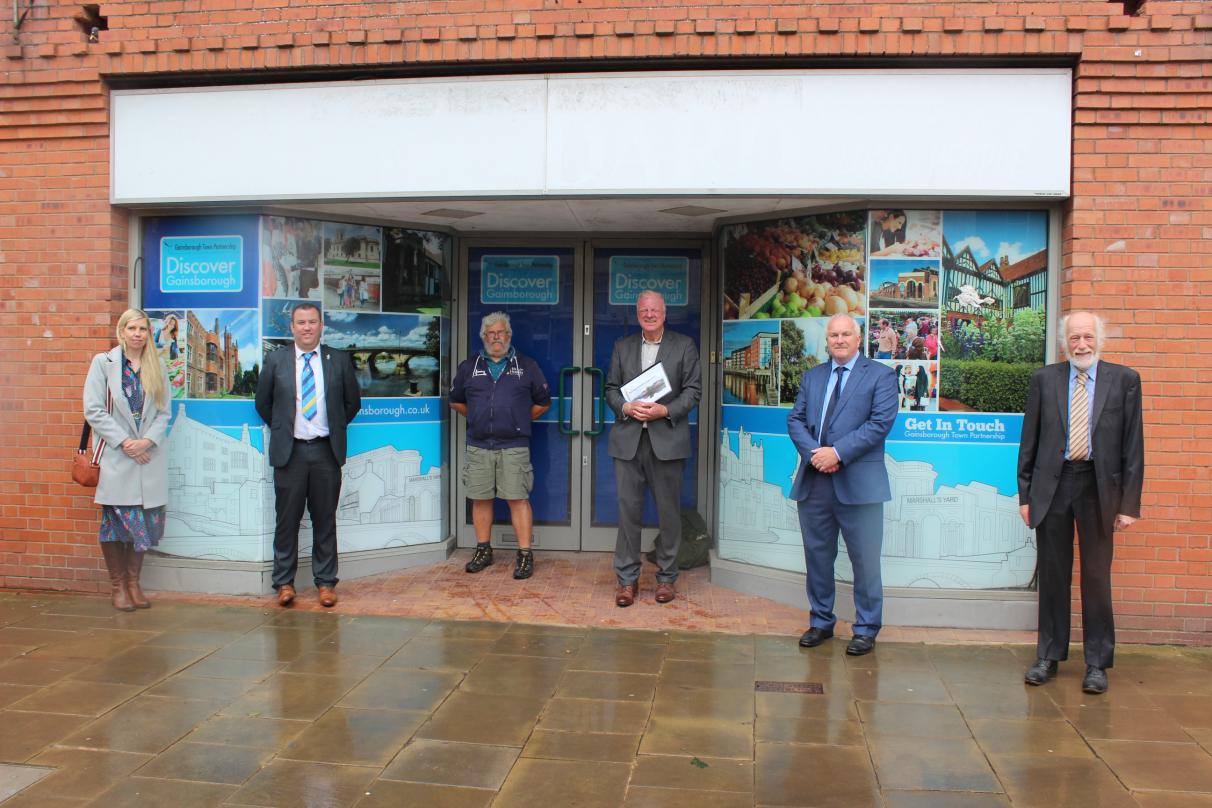 Exciting plans to create a ‘Thriving Gainsborough 2024’ have been submitted by West Lindsey District Council to the Government for a share of the Levelling Up Fund.

If successful, it is hoped that ‘Thriving Gainsborough 2024’ will have a ‘domino effect’ improving prosperity not only within the town but across the district.

Plans include improving Whittons Gardens, a new park at the Baltic Mill, new cinema, refurbished bus station, an extension to our heritage led regeneration, new homes in the town centre above shops, and an improved Market Place as the centre piece of town where people can enjoy outdoor dining, visit our traditional twice weekly street market and meet with friends and family.

Competition for the funding will be challenging as the Council is just one of many local authorities bidding for a share of the £4.8 billion fund, announced by the Government earlier this year.

However, that hasn’t stopped the Council as it realises the cash aimed at funding projects such as high street regeneration and boosting cultural assets is an opportunity not to be missed.

Cllr Owen Bierley, Leader of West Lindsey District Council has high hopes for the bid which if successful could be transformational. He said: “We believe it is essential to the success and growth of the district to have a strong, thriving and prosperous town of Gainsborough. Local communities across West Lindsey will have access to improved leisure and cultural facilities, employment and training opportunities and a refurbished public transport hub at the bus station.

The Council is asking for just over £10 million from the fund, the remaining funding needed will be brought in from the Council, external grants and private investors.

The district is made up of a mix of traditional market towns and rural locations including the Wolds, an Area of Outstanding Natural Beauty. If successful this fund will make sure that our proposals not only act as a further catalyst for the regeneration of Gainsborough’s Town Centre but it will also impact on the wider district.

Cllr Bierley, explained that a lot of work has gone into the plan over the last few months to get this ready.

He added: “I would like to thank all the councillors, officers and our MP who have worked incredibly hard to develop this strong, robust plan which includes public and private match funding. Whilst we recognise we are not in a priority category we hope the government will see the amount of work we have put into this bid and the real benefits this fund can have in our community.”

Sir Edward Leigh MP for Gainsborough has been working closely with the Council over the last 10 weeks on the bid to make sure it aligns with regional recovery priorities and delivers against the Government’s national strategic priorities.  He has also written a letter of support to the Secretary of State for Housing, Communities and Local Government, Rt Hon Robert Jenrick MP.

Sir Edward said: “Everyone across the community is fully supportive of this project which will have a great impact on Gainsborough. We have a strong and well-thought-out plan which will not be possible without the Levelling Up Fund, and having missed out on recent funding rounds the town really deserves to get it this time. I give my whole-hearted support to the proposals and I very much look forward to working with colleagues across Government to demonstrate the value and impact that investment in Gainsborough can bring.

Cllr Trevor Young, Lib Dem Leader of the Opposition Group is also backing the bid. He said: “We support the authority for applying for grant assistance to support the redevelopment of the town centre, however if the bid is unsuccessful we will be fighting to ensure the council funds the development from its own financial reserves”.

Cllr Timothy Davies, ward member for Gainsborough added: “A lot of work has gone into developing this bid and I really hope it is successful so that we can start work as soon as possible to help make a difference for our local communities.”

Cllr Matt Boles a ward member for Gainsborough also welcomed the proposals. He said: “Gainsborough really needs this extra funding to be able to support our ambitious plans. We are doing a lot of work to attract investors into the town but we recognise we need this plan to make Gainsborough a place where people want to live, work and socialise.”

In recent years, the Council secured Housing Zone Status, funds through the Single Local Growth Fund and the National Lottery Townscape Heritage Initiative. However, it recently missed out on the Towns Fund but the Council remain optimistic for the Levelling Up Fund.