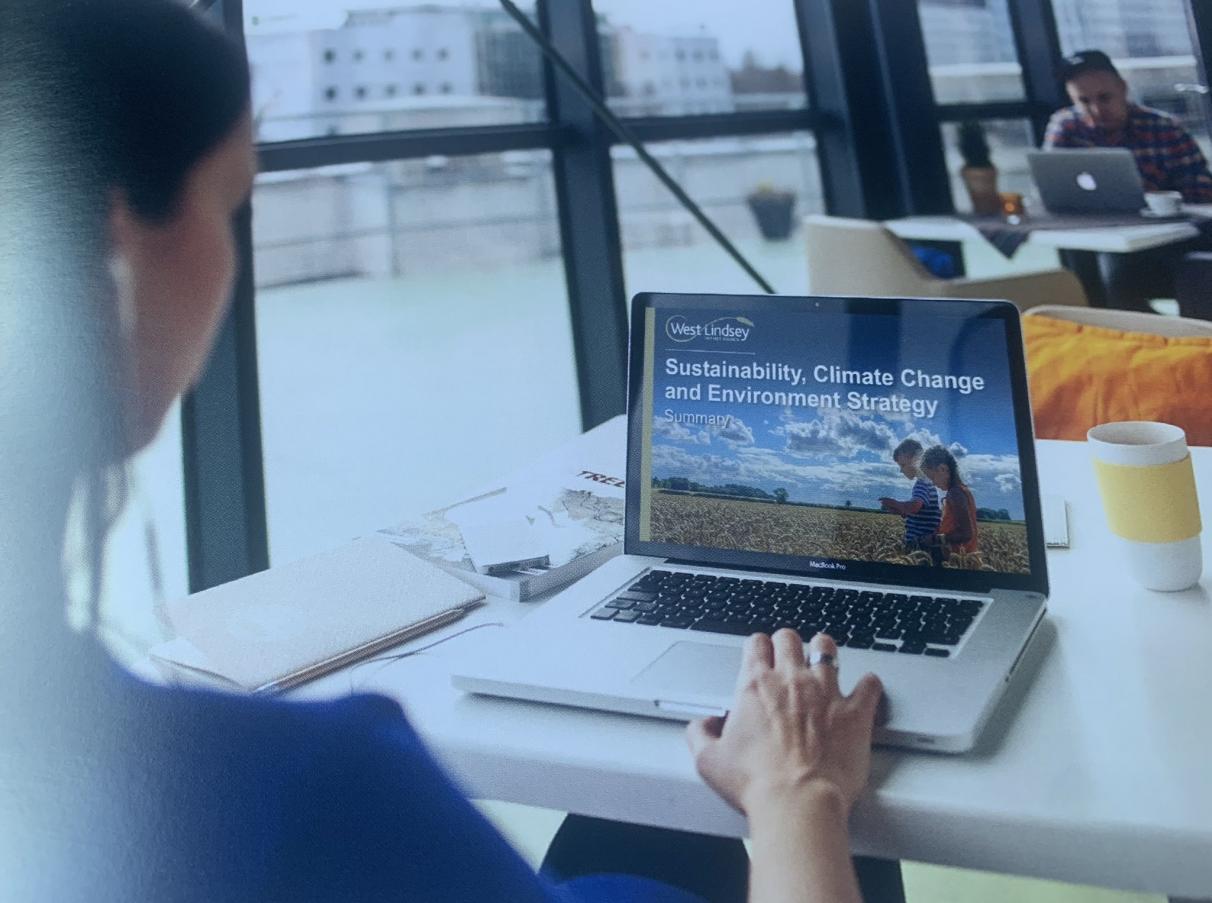 West Lindsey District Council has unanimously approved an Environment, Sustainability and Climate Change Strategy designed to ensure the authority meets its target of achieving a net-zero carbon position as a result of its operations by 2050 at the least.

The document was debated at the full Council meeting on Monday, which was held at the Lincolnshire Showground. The strategy and action plan is the culmination of months of hard work from the Environment, Sustainability and Climate Change Working Group.

Chairman of the working group, Cllr Tracey Coulson said she was delighted that all those who have worked so hard on this strategy, including residents of the district, who responded to surveys and consultations, have seen months of effort acknowledged and approved by the Council.

She said: “Embracing this strategy fully into the fabric of our Council will ensure all decisions and policy making has to put our mission to reduce carbon and consideration for our environment at the forefront. We have a solid framework in our Strategy and an Action Plan that is a fluid and working document to guide us and record, monitor and scrutinise our activities.”

The Council’s documents are based on a toolkit designed by an organisation called Ashden, with Friends of the Earth. It guides councils, not just across all aspects of Council business but also the wider community, and how to help support everyone with the changes.

Cllr Coulson added: “We didn’t just look at what might be thought of as the hard end of carbon reduction; we also saw and embraced the co-benefits, that’s the knock on effects of taking certain steps and how that can in turn assist with issues around say fuel poverty, bio-diversity, mental and physical health and well-being.

“The potential for positive improvements to almost all aspects of our lives is huge and I personally am really looking forward to seeing the impact of this Strategy as we start to work through the Action Plan.  We will be updating and adding to our website as we progress.”

Cllr Steven Bunney warned that if issues were not addressed the consequences for current and future generations could be disastrous.

He said: “I fervently believe that the environment, green, global warming, climate agenda is the biggest issue facing the world’s population.”

He said: “There is a need to ensure that all members of the community work together to the common aim. This involves educating all the residents as well as fellow councillors, businesses and politicians.  To be effective everyone needs to be involved in the discussions so listening to the views of experts and citizens, at the grass roots, is required.”

Cllr Bunney said there was a need to encourage individuals to undertake small, localised projects. He added: “Whether it be localised installing of small wind turbines on properties or the installation of large-scale community heating projects.”

Leader of the Council, Cllr Owen Bierley thanked everyone on the working group for the work involved in creating the strategy.

He said: “This has been a very valuable piece of work and now gives us a clear strategy to move forward. I would like to thank everyone for their hard work in putting this strategy together including my fellow councillors, the officers involved and to local residents for contributing through our consultations.

“Projects outlined in our action plan will be geared to help us slow down and reverse our contribution to climate degradation. Let us all make time to protect our local environment and to grow and create a better local environment. We need to also learn from businesses who are environmentally friendly and celebrate the work that is taking place across our district.”

The full Environment, Sustainability and Climate Change Strategy can be read on our website.