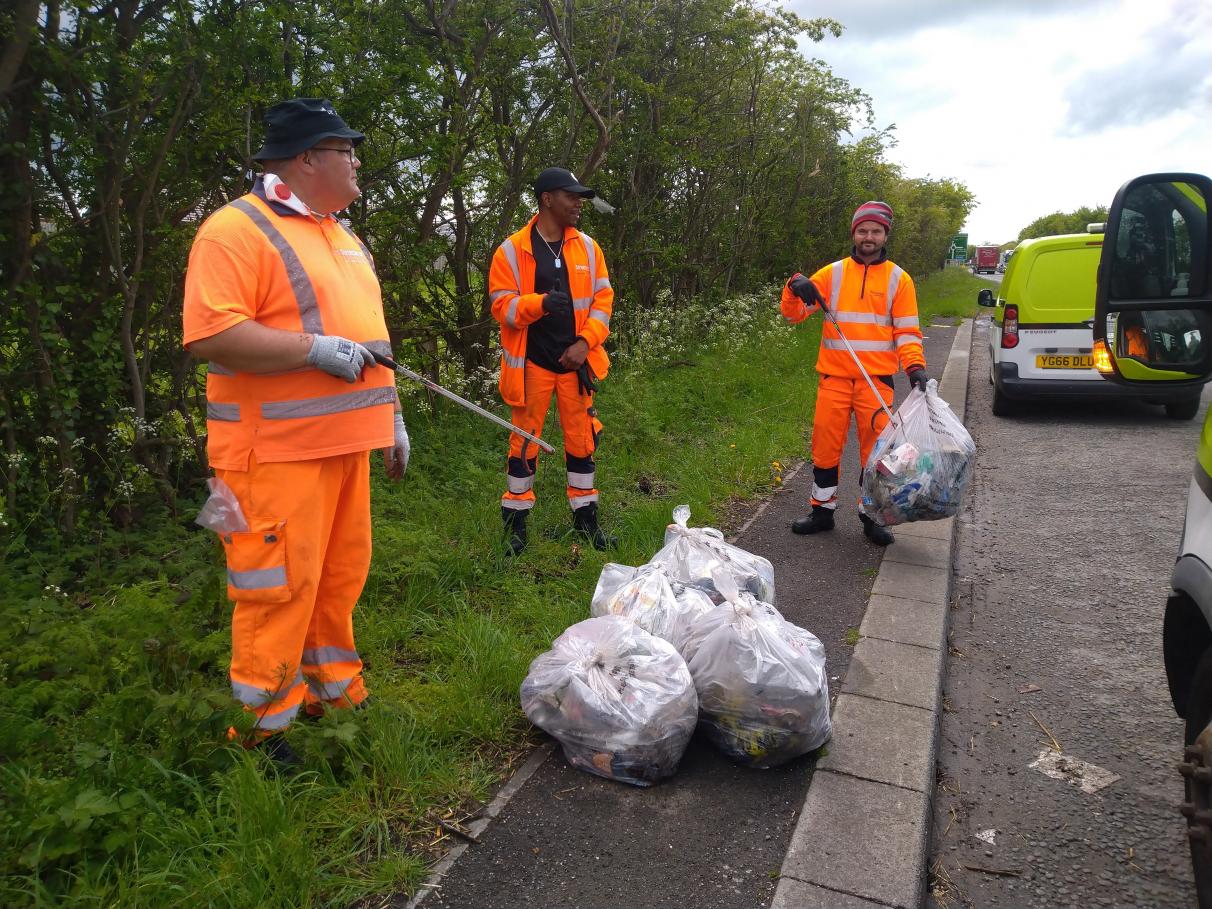 Street Cleansing Operatives spent two days earlier this week litter picking on the verges off the A46 Lincoln bypass, collecting over 200 bags of rubbish in the process.

The team spent Monday 17th, Tuesday 18th and a brief few hours on Wednesday 19th, on the verges between the A15 and A158 roundabouts, picking up as much litter as they could find. Collected items included car bumpers, wheel trims, wood, polystyrene, as well as both lorry and car tyres.

The team returned at 9pm on both Monday and Tuesday night to collect the rubbish, doing so without having to impact the traffic on the normally busy commute road.

Chair of the Sustainability, Climate Change and Environment Strategy Working group at West Lindsey District Council, Cllr Tracey Coulson, praised the work of officers and called for residents to come together to help keep the District clean.

She said: “The brilliant work of Council Operatives here is clear – but cleaning up and looking after our environment goes beyond what one team can do. It is on all of us to act – so that, hopefully, the team at West Lindsey District Council never have to litter pick here again because discarding litter has become such a horrific and abhorrent act that we never see it, never mind have to clear it up.

“All those people within our communities who both litter pick on a voluntary basis and/or report litter and Fly Tipping to us are brilliant and I want to thank everybody for that. Litter Picking is an act that can have a big impact on our environment – but the real and clear message here is simple – do not litter, do not discard rubbish illegally and do not give the team at the council a reason to need to go back again. Let’s do this together!”

He said: “I want to thank our partners at Lincolnshire County Council for helping us to organise this litter pick. Organising an operation like this can be difficult on such a potentially awkward and busy road, but we were determined to answer the concerns of residents who have pointed out to us how much litter was building on the verges.

“We are determined to work with our partners to organise more of these litter picks where needed within our district.”

Overseeing the work on the ground, Street Cleansing Manager Simon Smoothey said this organised litter pick was not something that residents should attempt to do themselves.

He said: “Anyone that has travelled along this road knows how busy it can be – this area needed to be litter picked in a safe, planned and responsible manner. For instance, to avoid the traffic, we returned with a vehicle at 9pm to collect all bags of waste at a safer and quieter time of the day, and we only worked during quieter times; when in locations such as this, I urge all residents to continue to report fly-tipping and littering to us so we can handle it safely.

“I want to thank my team – Karlos Finley, Philip Staley, Pete Laverty and Pete Jackson – for their hard work over the past few days.”