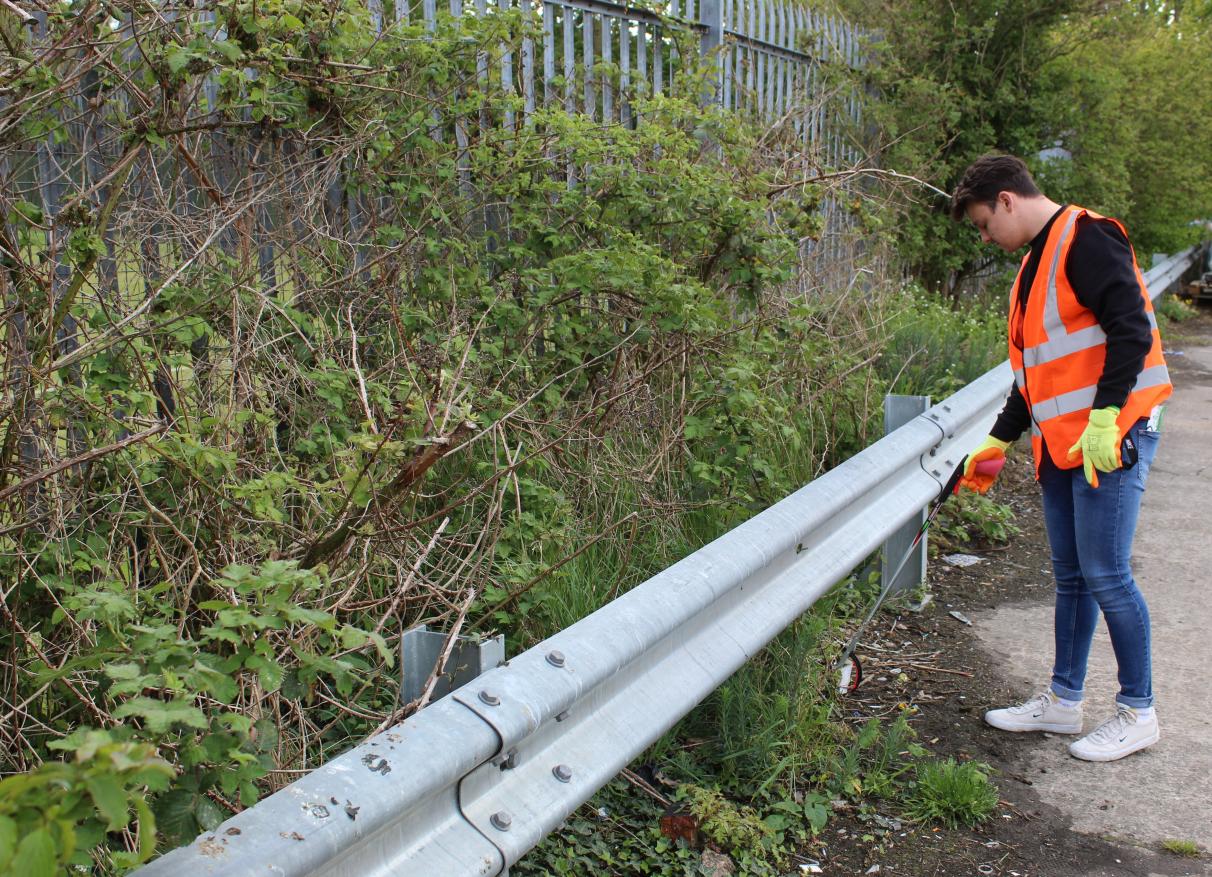 West Lindsey Councillors have offered their sincere thanks to the many residents who have been out litter picking in the District over the past few months.

89 Litter Picking packs have been distributed to residents and community groups all over West Lindsey since the beginning of the year, and a limited amount of equipment has been made available again due to the popular demand of the scheme.

The equipment, which can include Litter Pickers, Handi Hoops, High Visibility Vests, Disposable Gloves, Refuse Sacks and Guidance notes, depending on the need of the applicant, have been made available again thanks to joint funding from both the Communities and Street Cleansing Teams at West Lindsey District Council.

Those who have previously applied for the equipment include Parish Councils, Community groups, families, households and individual residents.

Litter Picking is a small activity that can have a major impact on the environment, as well as on an individual’s health and wellbeing – two hugely important priorities the council is to focus on over the next few years.

An example of the urgent need to protect the local environment can be seen in the recent Fly-Tipping stats – in March of this year, Waste Disposal Operatives responded to 234 reports of Fly-Tipping; in March 2020, operatives responded to 85 reported incidents. This rise has been consistent throughout the pandemic and the past year in West Lindsey.

The Sustainability, Climate Change and Environment Strategy Working group at West Lindsey District Council will be presenting a draft strategy to Full Council in June – this document will propose how West Lindsey, as a council, can achieve its goal of reaching a net-zero carbon position across its operations by 2050 and for the district of West Lindsey to do the same.

Chair of the Working Group, Cllr Tracey Coulson said: “Every small step we take as individuals can have a big impact on our environment. If everybody in the District picked up just one piece of litter, the impact that would have on our environment would be enormous. It’s down to us as individuals – in every corner of the District – to play our part.

“Our sincere thanks goes to everybody who has taken part in the activity of litter picking within West Lindsey. Every little action helps, and I encourage anyone who is considering helping out their local environment to get outdoors and do what they can! As we are edging towards the Great British Spring Clean campaign, and the further easing of restrictions, now is a great time to get outdoors and get involved and truly help protect the environment around you.”

Cllr Stephen Bunney, member of the Sustainability, Climate Change and Environment Strategy Working Group, and active litter picker within Market Rasen, is keen for litter picking to eventually become a thing of the past.

He said: “There are many reasons I go out and get involved in this activity, but the main one really is the impact that litter has on our local environment.

“As a teacher at De Aston School, we were always reminding students to not litter, to clear up after themselves and take their rubbish home. To back up this message, I began taking in and using litter picking equipment to use during breaks and lunch-times, and other such duties. The students would often come up to join in, or to talk about what I was doing!

“Since my subsequent retirement, I have begun walking more than using the car, and have therefore had more available opportunities to cement the habit of litter picking in my local area. I am hugely encouraged to hear of the popularity of this council scheme around the District as a whole, and how many people have since gotten involved.

“I encourage as many people as possible to get involved when and where you can, in this rewarding activity, and I also deeply encourage everybody to take their litter home with them; then, maybe one day – litter picking will become a completely redundant activity, and a thing of the past!”

All applications for litter picking equipment will be served on a first come, first served basis, and will aim to be delivered within 10 working days where able. To ensure the equipment is available to as many residents as possible, we ask that you only request what equipment you will need.

All residents are advised and encouraged to follow all social distancing guidelines in place at the time of taking part in the litter pick, and to read the guidance notes included in full before heading out.